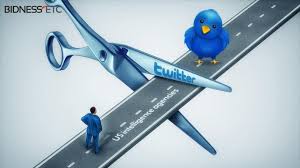 You may not have heard much about the Apple vs FBI case in recent weeks. Just because you haven’t heard about it doesn’t mean conflicts between government and tech entities are resolved. In fact, they’re intensifying.

Twitter bars US intelligence from accessing a service that digs through posts of random tweets. It’s believed this method is useful to fight terrorism. News agencies and intelligence leaders suspect Twitter doesn’t want to seem too cozy with the Federal Government. That seems to be a trend in the tech community these days. Then there is the?Dataminr effect. Dataminr is an organization that uses tools to reveal patterns in various tweets. Twitter owns five percent of Dataminr. In fact, they’re the only ones allowed by Twitter to access streaming of public tweets. And it’s Damaminr’s access the intelligence community has been barred from. And Dataminr is doing it’s part to fight terrorism. They’re the ones who alerted Federal authorities about the Paris attacks of November 2015…as they were happening. They’ve gathered critical information on ISIS as well. They’ve even gathered information about Brazil’s many crises on the eve of the Olympic games. Twitter says it’s barring intelligence like this because the company is concerned with digital security and privacy.

I think this part of the beef between tech and government entities. There’s still a lot of mistrust between the two. Tech industries are all too worried about the Feds exploiting data if they get their hands on it. Tech companies know privacy and civil liberties are very important to their customers. What I’d like to see is tech and government entities do is pull their strengths and resources together to fight our real enemies. I’m tired of seeing them turn on each other. If US intelligence and Dataminr work together to fight the real monsters of the world, how would that look? 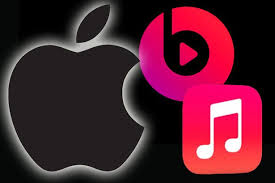 First of all, Apple Music isn’t doing that bad. But they’re not doing really great either. We can thank increased competition, changing streaming habits, and celebrity disapproval for that. It’s time for an Apple streaming makeover.

Apple is making changes to Apple Music. They want to make it easier for all to use. Apple Music plans to better integrate streaming and downloading services as well as expand radio services. They will use a massive marketing campaign to get more customers to pay for Apple’s $10 a month streaming service. Nobody at Apple is confirming this, but tech insiders expect this and more to be revealed at their Worldwide Developers Conference in June. This is just Apple’s latest attempt to be #1 in the music streaming race. Two years ago, they purchased Beats Music, helping make Dr. Dre hip-hop’s possible first billionaire. They’re turning to seasoned musicians like Nine Inch Nails lead singer Trent Reznor to help with design. Apple CEO Tim Cook is banking on Apple Music because Apple stocks are in slow decline. So are iPhone sales. At first, Apple lead the charge going from physical to digital music. Now it’s struggling just to keep up. The year 2015 was the first year permanent download did better than streaming.

Then there’s competition. Spotify is gaining new subscribers and new backers. Jay Z’s Tidal, which costs $20 a month, just released Beyonce’s song “Lemonade,” which is breaking records on the charts. Kanye West’s “The Life of Pablo” album, released under Tidal, did very well. It debuted #1 on the charts and has been streamed over 250 million times. But don’t count Apple Music out yet. Taylor Swift openly criticized Apple for not paying artists enough. Now, she’s doing commercials for them. Drake released an album with Apple, which is doing almost as well as Kanye’s. Are we heading for an all out streaming war between Apple and Tidal? 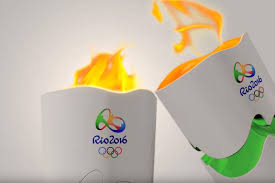 Are you ready for the Olympics this year? Well, the host city doesn’t seem to be ready either. But Twitter is doing it’s part to celebrate and promote the once in every four year occasion.

The Olympic torch has opened up a twitter account. This isn’t a joke: someone really did open a twitter account just to celebrate the running of the torch. It’s under the username @OlympicFlame. The torch sends out tweets about it’s journey and will continue to do so until the games start in Rio on August 5, 2016. The torch will travel over 100 days, be carried by over 12,000 runners for over 12,500 miles, and travel throughout the host country of Brazil and Greece, the nation that gave us the modern Olympics back in 1896. One tweet says, “After spending years in the darkness I can?t wait to see the light of day again. Almost time to return.” Another tweet features the first torch runner, a Greek Olympic competitor expressing honor in upholding this tradition. You can also follow the torch on social media sites Vine and Periscope. The modern Olympic torch tradition started in 1936. The games were held in Berlin that year, among a whirlwind of controversy. In ancient times, they practiced this tradition as well.

And just like Berlin in 1936, Rio, and Brazil, are facing lots of challenges and controversies. A few days ago, a bridge collapsed, killing several innocent people. This bridge was going to be raced on by Olympic cyclists. There are stories of political unrest, like the possible impeachment of their president, Dilma Rousseff. There are stories of natural calamities, such as severe drought, mass animal deaths and sewage backups. There are stories of record high unemployment and inflation. They say many of the facilities won’t be ready by August 2016. Shouldn’t social media do a better job covering these issues? Is the torch running the only bright spot in this upcoming Olympics? 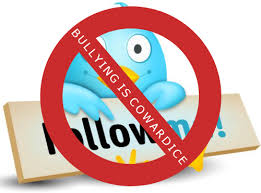 What do Iggy Azalea, Curt Shilling, and James Woods have in common? They’re all celebrities that had to endure cyber bullying in the recent past. Emmy award winner James Woods is putting his foot down and cyber bullies are being dealt another blow.

There is a cyber masked Twitter user calling James Woods a “cocaine addict”. Woods and his lawyers are taking legal steps not only to expose him, but sue the anonymous Twitter user $10 million for defamation. But the mystery Twitter user has lawyers in court fighting to keep his anonymity. According to the New York Times, the Twitter’s name is Abe List. But Woods now has the legal permission to sue Abe List and expose him as well. List’s lawyers say the “cocaine addict” claims aren’t to be taken seriously. Woods’ lawyers reply most readers would accept the allegation as a factual statement. it’s ironic because Woods is regular Twitter user himself and uses the social media site to express politically conservative views. Some of Woods’ tweets have targeted President Barack Obama. ?The other irony is that Abe List isn’t some thug or criminal or angry outcast living in mamma’s basement. Reports say he’s a Harvard educated and works at a Los Angeles private equity firm.

This legal fight is far from over. Neither side seems to be backing down. I know celebrities can be easy targets. First off, they’re in the public eye. Second off, people think celebs are so busy they won’t notice such vile, negative comments and allegations. Third off, many cyber trolls can hide under anonymous names and profiles and never get caught…or so they think. But more and more celebs are fighting back. And that’s another reason we should be careful of what we put on social media. I repeat my general rule of thumb: If you can’t bear to say it to someone’s face, don’t post it. Who will win this lawsuit: James Woods or Abe List? 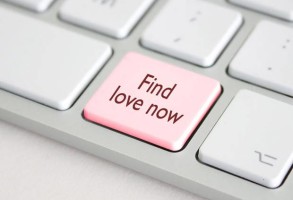 Do You Use A Dating Site?

Do you use a dating site? You’re not alone. A study by Pew Research Center in summer 2015 shows you’re in abundant company.

Around 2,000 adults age 18-64 were polled. Of those, 12% said they used a dating site. That’s up from 9% just three years ago. Nine percent said they used a dating app on their smart device. That’s up from 3% in 2013. A combined 15% say they use some kind of Internet dating service. In 2013, that number was 11%. Two age demographics lead the trend. One demographic is the young adult 18-24 crowd. The second one is more surprising. As it turns out, older Americans 55-64 are turning to online dating. The number of 55-64-year-olds using dating sites have doubled (from 6 to 12 percent) since 2013. Almost one fourth of young adults say they use online dating. But there’s even more to it. Nearly half of adults say they know someone who uses online dating. And nearly 30% say they know someone who married or started a long-term monogamous relationship with online dating. Why is online dating so popular? Eighty percent of those who use it say it’s a good way to meet people. More than half say it helps people find a better match and online dating is easier and less awkward.

I too know people who used online dating. For some, it lead to successful marriages. For some, it led to first dates ending in disaster. For some, it lead to quick hook-ups. Personally, I’m still skeptical of online dating. I prefer meeting people the old fashioned way: in person. But if you are going to date online, be careful. Some dating sites are really ethical and honorable. Some are nothing but trouble. Don’t even get me started on the Ashley Madison fiasco, a fiasco that ruined lives and families. Do your research and homework, on the person as well as the website. In 2016, they’re enough tools where you can do that now. Would you use a dating site?

There are still 25 days left in 2015. Yet some are already looking back on the past eleven months and six days. For example, Twitter has a year-end review. Some results might surprise you.

According to 2015 Twitter, the most influential news stories were the terrorist attacks in Paris, terrorist group ISIS and US Supreme Court legalizing same-sex marriage for all 50 US states. Other heavily tweeted stories include the Black Lives Matter movement and police brutality. In technology, the most tweeted about gadgets were the iPad and iPhone. The top tweeted about new technologies include the Sound Cloud and Periscope. One Direction was the top tweeted music group. Top tweeted TV shows include Empire and The Walking Dead. In sports, international soccer took four of the top ten tweets. The NFL was the top American based sports tweet, and that was fifth of the polls. Others include NBA basketball, ML Baseball, and surprisingly, World Wrestling Entertainment. Top tweeted celebrities include Ariana Grande, Demi Lovato, and Selena Gomez. And then there are the emojis. The leading emoji is a smiley face with tears (means laughing so hard he’s crying). But when I look at many events of 2015, I think the third most popular emoji sums it up: the sad face in tears.

There are many surprises here. When I think about the year Taylor Swift had, why isn’t she on the top tweeted list? And the sports list proves the USA sports don’t exactly dominate the world scene like we think they do. And when didn’t any specific sports team make the top 10 tweeted sports list? Why was WWE tweeted? This is their worst year in two decades. In politics, notice none of the 2016 presidential candidates on either side. Here is the Twitter year in review. See if for yourself. What is missing from this list? What shouldn’t be there at all?