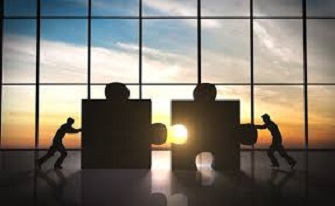 There is another tech merger to report. Internet service provider CenturyLink purchases Level 3. Level 3 is also an ISP and telecommunications provider.? What does this mean?

As a result, this merger means competition for AT&T. After AT&T’s merger, they really need competition right now. But how much will this cost CenturyLink? Consequently, this will cost them $34 billion in cash and stocks. This deal will also pay off all debts. Furthermore, this deal equips CenturyLink to handle heavy, heavy online traffic. That’s critical for their business customers.

Level 3 stocks soar. At 1 pm Thursday, their stocks stayed around $47. The last time I checked the ticker, Level 3 stock was above $56 a share. Over the past decade, both spent billions on acquisitions of other corporations. Such corporations include Quest, Global Crossing and TW Telecom Inc. And another thing…Level 3’s clients include Netflix and Google. So CenturyLink will get some very important clientele. In addition to that, CenturyLink gets $10 billion in tax credits. Who doesn’t like tax credits? But all the news isn’t good. While Level 3’s stock soars, CenturyLink stock declines. At 4 pm Friday, CenturyLink stocks held at $30.39 a share. As of 11am Monday, October 31, stocks struggle to make $26.70 a share.

This tells me several things. This tells me the company being bought out actually holds the cards. It’s usually the other way around. Usually, the company doing the buying has most of the power. But here, it’s the other way around. Notice it’s Level 3, not CenturyLink, that has the big clients, like Netflix and Google. Then, notice it’s Level 3’s stock that’s going up. Let’s face it…CenturyLink needs Level 3 way more than CenturyLink needs Level 3. But I am happy this is going to give AT&T the competition we consumers deserve. That’s the glory of a free market enterprise system. Competition keeps corporations in check. It keeps people accountable. I’m not a big merger fan, but I am happy about this one. What do you think of CenturyLink purchasing Level 3? 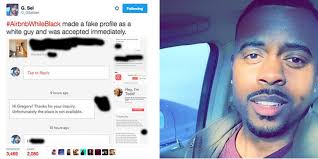 When CEO Brian Chesky created Airbnb in 2014, he wanted to create a space for all to belong. Airbnb is a network where people open their homes to travelers for a moderate nightly fee. But not everyone is feeling the love.

Airbnb came under scrutiny last week. An ugly incident of racial discrimination surfaced in North Carolina. A black guest had booked to stay at a white person’s home through Airbnb. When the homeowner discovered the guest was African-American, not only did the homeowner cancel the booking, but cyber bullied and taunted the guest with racist tweets. These tweets were so vile I won’t even quote them here. The guest reported the ugly incident to Airbnb. This particular homeowner lost his Airbnb hosting privileges. Chesky tweeted about the matter: “The incident in NC was disturbing and unacceptable. Racism and discrimination have no place on Airbnb. We have permanently banned this host.” Unfortunately, this isn’t an isolated episode. According to a Harvard study, Airbnb guest with black sounding names were 16% less likely to have their booking accepted. One African-American guest tweeted, “Funny how the dates I request are always booked even when they say available.”

A woman named Khadijah planned a trip to California. She couldn’t find a home through Airbnb. Then, she used one of her white friend’s photo. Khadijah got a room very quick. I believe Chesky and other Airbmb leaders are genuine in their war against discrimination. Airbnb isn’t the problem. The problem is the human heart and soul of the host. That’s something no law or regulation can cure. If hotels and hostels discriminate on the basis of color, they can be sued or shut down real quick. That’s why I prefer hotels and hostels over Airbnb. As a black traveler, I don’t have to play guessing games with hotels and hostels. And it’s a shame when Khadijah has to pretend to be white just for someone to open their home to her. Should Airbnb be boycotted? Would a boycott even work? 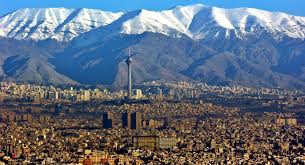 As many of you know, Iran is one of the most isolated and censored nations in the world. Under strict sharia law, the people can’t enjoy many of the freedoms we Americans take for granted. This includes technology and social media.

The Iranian government blocks social media platforms like Facebook, Twitter and You Tube. In recent years, more people have been using global software to access them. Maybe that’s why Iran’s government is making their move. Effective May 29, their government demands messaging apps to turn in the very citizens that use them. A data server will collect the names of the users. Immediately, people are calling foul. People say this new rule violates their privacy rights. The foreign messaging apps have a year to comply with the Iran’s Supreme Council on Cyberspace’s demands. This council is hand picked, member by member, by Ayatollah Ali Khamenei. Instant messaging service app Telegram is particularly in the bulls eye. Recently, this app has 20 million members. So basically, 1/4 of Iranians are connected to Telegram. Since November 2015, Iran policeman have arrested many Telegram administrators for promoting ‘immoral conduct’. Telegram users aren’t fooled. One user tweeted, “Telegram’s data centers are to be moved inside the country so they can delete what they want and arrest who they want.”

I think the only reason the Ayatollah’s Supreme Council even came up with this law is to go after Telegram and the technological freedom it gives people. For years, the Iranian people have been crying out for freedom. The powers that be don’t like it a bit. When Telegram administrators are getting arrested for ‘immorality’, you can best believe they’re not sharing pornographic websites. These administrators are leading to charge to break the yoke of censorship. The Iran Supreme Council on Cyberspace strikes back. But with the people’s will as strong as it is, I doubt they will prevail. What do you think Telegram’s next move will be?

We at Computer Geeks would like to wish everyone a happy Memorial Day. We say thank you to those who fought for our freedoms. We remember those who never made it home. 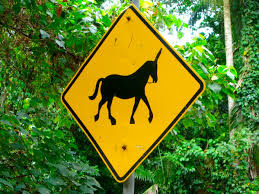 Let me make it clear: I’m not talking about mystical horses with horns flying in the clouds. When I say tech unicorns, I’m talking about tech companies, not on the stock market, but can still be worth billions. These tech unicorns are moving and flying overseas.

Mainstream news from CNN to Vanity Fair declare tech unicorns are on the endangered species list. The trend started in 2015. The volatile start in 2016 isn’t helping matters either. Only one tech company went public so far in 2016. Maybe that’s why many tech unicorn leaders are taking their businesses to sunnier places, and I’m not talking about Silicon Valley. I’m talking about Europe and China. That’s where unicorns are going. One reason is the field isn’t so crowded in other countries, so the competition isn’t as fierce. Europe offers opportunities for older tech companies. Venture tech capitalists in Europe are eager to bid on tech non-public companies, whether they started in 2015 or 1975. Some of the highest tech unicorn companies are in China: Xiaomi ($46 billion), Didi Chuxing ($25 billion), ?Meituan-Dianping ($18 billion) and?Flipkart ($15 billion). None are in a hurry to go public. But look at how much they’re worth. Look at how tech unicorns in the USA are struggling. If you lead these companies, would you be in a hurry to go public?

This isn’t good for Silicon Valley. This isn’t good for the USA. For many years, we heard horror stories about jobs being shipped overseas. It is never a happy ending, especially not for the American worker. When American unicorn tech leaders send their companies overseas, they’re sending US jobs overseas. That also means European and Chinese companies are prospering while US tech companies are struggling. That’s why this trend disturbs me. What can we do to bring and keep unicorn tech companies here at home? 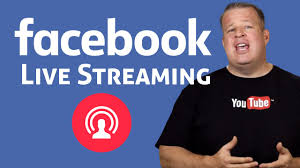 Do you have friends and family literally on the other side of the world? Would you like to know where they are and what they’re doing, or should I say streaming?

Now you can, thanks to yet another Facebook new feature, Facebook live video map. It’s available only through their desktop site. It’s purpose is to show you where people are streaming worldwide through Facebook Live. Streams are indicated by blue dots on a global map. The bigger the blue dot, the more streaming there is going on in that area. Over a dot, a corresponding stream shows you where people are streaming through. Let’s say you’re watching a big blue dot over the Rio de Janeiro, while the Olympics are on. You’ll likely see lines and arrows pointing at places around the world. Think of how many internationals will be streaming through Facebook during the Olympics. But according to those who have tested it out, these streamers aren’t winning medal, trophies or sports awards. Most streamers are doing regular stuff, like playing music, eating at the new restaurant in town, working on the job, etc. It gives you a choice of streams. Suppose you hit a blue dot and get two options, one from ‘regular people’ and one from a major outlet. Which would you like to see: Celebs playing poker or your cousin in Germany and his dog performing cool pet tricks? That’s a tough choice.

One thing Facebook Live’s video map streaming service does, or tries to do, is respect your privacy. The videos that can be followed are videos the streamer make public. Private videos will be kept private. Locations will be kept vague enough to respect and protect your privacy. For example, your city may be known, but your personal address, email, social media information will not be. Because when you’re streaming around the world, who wants a bunch of crazies and stalkers to deal with? 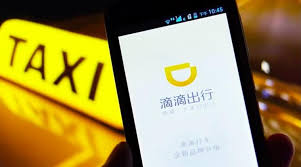 Apple Ones Up Uber

The last several months have not been kind to ride sharing app Uber. In Kalamazoo, Michigan, an Uber driver went on a shooting spree, killing several people. In Austin, TX, a economic/political dispute lead to them leaving that city. For the third year in a row, Uber is one of the most hated companies in America. Now, Apple gives them a global blow.

Apple Inc announced it will invest a billion dollars in Chin’s ride sharing service?Didi Chuxing, Uber’s rival in China. Tim Cook makes this move for several reasons: to better understand the Chinese market, to put Apple in the ride sharing conversation, and to boost the company name and profits in China. Didi Chuxing leaders say this was the biggest and most important investment it ever received. Didi Chuxing already dominates China’s ride sharing industry, making up for 87% of the sales. The company arranges 11 million rides a day and is worth over $20 billion. You see, China’s economy has slowed all 2016 long, and Apple wants to help turn the tide. Apple has enjoyed a rather warm relationship with China. Look at how many Chinese workers are building our Apple products. China has the second biggest economy in the world. If you ran a multi-billion dollar mega corporation, wouldn’t you be friendly with China?

There are rumors in the Silicon Valley that Apple wants a piece of the ride sharing industry. That shouldn’t sit well with Uber at all. Apple already has an alliance with the biggest ride sharing company in China. Uber wants to expand in China. The competition there, already stiff, just got even tighter. Now Apple, one of the most popular companies in America, might compete in ride sharing against one of the most hated. Can Apple pull off a ride sharing firm? Will they take what they learn in China and apply it in the US? Should Uber be nervous?