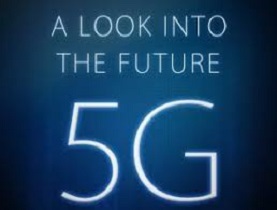 What Is 5G Technology? LA Conference Tackles The Issue.

So in the next two days, there will be a technology/IT support conference. The GSMA sponsors it. However, one of the main topics will be 5G technology. What is 5G technology? This LA conference tackles the issue.

So that’s hard for even us to explain. I think most of us know that most mobile tech run on 4G, a fourth generation of broadband. Well, that kinda explains what 5G is. But experts say 5G will be 50x faster and hold 1000x more data. They also say smartphones will have 5G technology starting in 2020.That will be for the more advanced ones.? But it will take several more years before it catches on and become accessible to most of the public.

Son now we come to the MWC 2018 Conference, held in Los Angeles, CA between September 12-14. The sub-title of this conference is 5G Beyond Mobile Broadband. Speakers will come from companies like Cisco, Deutsche Telekom, and LG Electronics. According to their website, 5G will be the next IT service revolution. They also say it will go beyond mobile services. Because their features like network slicing and faster connections should support and enhance other areas of life. In fact, much of this conference will focus on 5G technology beyond your smartphone.

Some say be 2035, it will create over 22 million jobs around the world. I hope they mean human jobs. Topics will include how 5G technology will help with health, sales, even public transportation. I will admit one thing. It’s hard for me to imagine cell phone, or any computer system, holding 1000x more data. But then again, 10 years ago, I couldn’t imagine some of the computer technology the way it is today. What is 5G technology? I guess in the next couple of days, they’ll tell us. They say that by the 2030s, 5G technology will be as normal as 3G and 4G will today? 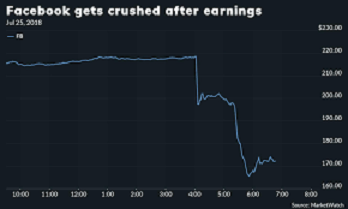 So yesterday, Facebook made IT support history. But it’s probably the worst kind of history a company can make. Facebook sets a record (this one ain’t good).

Yesterday, Facebook lost around $150 billion in 90 minutes! Facebook leaders told stockholders and the public they expect a slowdown. They also expect this slowdown to last for years. These are things no Facebook stockholder wants to hear. Then the selloff began, and kept up for the last 90 minutes of the trading day. By the time the nightmare of a day ended, Facebook stocks were down 24%. Now, $148 billion in Facebook value is gone. As of this writing, it still struggles in the red.

Yesterday, CEO Mark Zuckerberg said 2.5 billion people are on Facebook now. But that’s where the good news ends. Because he followed with woeful second quarter numbers. Then add the lack of new daily and monthly active users. But that’s not what started the downward spiral. First, Facebook CFO David Wehner said revenue growth will slow. Then he said expenses will surpass growth and revenue into 2019. Ouch. That’s not good. Right now, operating margins are in the early forties. But for now, and in the years to come, they expect profit margins to be in the middle thirties. I’m not sure if Facebook sets a record. But it’s coming awfully close.

Facebook is an IT service company that knows better days. They can start with the fake news controversy in the wake of the tumultuous 2016 US election. To this day, many on the political left partially blame Facebook for Trump’s win because of ‘fake news’ articles and alleged Russian hacking. Then came the Cambridge Analytical scandal. Finally, I read an article saying that less teenagers, the iGeneration/Generation Z, are even into Facebook. Partially because it’s now so popular with older generations. So now, they’re turning to other forms of social media. Will Facebook recover? 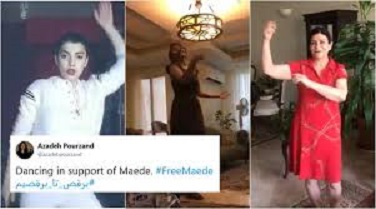 So a few day ago, the Iranian government arrested 18-year old Iran citizen Maedeh Hojabri. But what was her crime? Simply dancing on Instagram in casual clothes! But now, other Iranian women use social media to protest this arrest.

Because in Iran, the sharia law government has strict rules against women dancing on social media. However, Hojabri has over 300 Instagram videos of her dancing to Iranian and American pop music. Soon, the government arrested her and 3 others for this. She even confessed on their state TV.? Thankfully, she posted bail and is free. However, this started a social media movement among Iranian women.

There is a hashtag movement going on they call #dancing_isn’t_a_crime. Women are picking up their computers and smartphone cameras to dance in support of Maedeh Hojabri. One young lady not only dances in causal clothing, but has a message for Iran. She calls out their hypocrisy. Basically, she says young women could get arrested for dancing, but her government let rapists and child molesters go free. She speaks truth. Another dances on the street in public. On her Twitter page, she says she dances to support the girl they arrested. Also on Twitter, while dancing, one young lady says she dances to let them know they can’t take away their happiness. These are some ways Iranian women use social media to protest.

This isn’t the first time Iran’s sharia laws embarrassed them on the world stage. A few years ago, they locked up six people because they danced to the Pharrell William’s ‘Happy’ song. Iran’s people took to social media, IT support and IT service before. Back in 2009, Iranian people took to social media to protest a corrupt election. So here we are again. And they let the world know again. This is why social media is so powerful. It exposes injustice and brutality, even in super secret nations. If this happened 20 years ago, do you think we would even know? Do you think the outcry would be as strong? 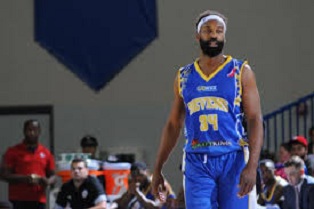 NBA All Star Game Used As A Technology Platform

So this past weekend, they had their NBA All Star game. But it’s just more than the game itself; there are tons of other festivities. However, there was one you probably didn’t know about. The NBA All Star game used as a technology platform.

They called the platform BIG, meaning Business Inside the Game. One of the hosts was NBA all-star Baron Davis. Then add Lyft co-founder John Zimmer, Moviepass co-founder Hamet Watt, and rapper/actor turned entrepreneur Ice Cube. There were also some other, like NBA star Chris Paul. One focus is to ask how NBA stars can make an impact other than basketball. The other is to address how technology is changing sports and popular culture.

John Zimmer never forgot how cab companies and local governments tried to stop Lyft and Uber when ride sharing first came out. But he emphasized this was just the beginning. He said today, ride sharing contributes 0.5% of all human transportation. Then he said that in 20 years, ride sharing would contribute to the majority of all rides. Ice Cube hinted it’s important for innovators to continue to challenge, and break, the status quo. Others are suing technology to test mew ways of entertaining. Baron Davis himself emailed the reason he started BIG.

He started it because he wants to create a platform from all walks of life to make change. And they can do it through business and IT support. I say good for them. Because I’m tired of reading stories of celebrities going broke a few years after retirement. One year, they are living it up. Then the following year, they’re in bankruptcy court or can’t even pay child support for their kids. Maybe computer servicing and IT service can start the turnaround. Maybe what men like Baron Davis and John Zimmer are doing will change that. Would you use an event like the NBA All Star game as a technology platform? 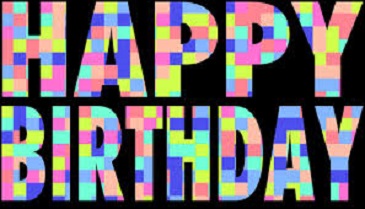 Yesterday was a horrible day. We had shootings in Alexandria, VA and San Francisco. Then we had an inferno in London. There was also a deadly mudslide in Bangladesh. But I’m here to talk happy news. As in happy birthday GIF.

So GIF means Graphics Interchange Format. On June 15, 1987, Steve Wilhite created the GIF. In 1987, he worked at CompuSave. The company asked him to make color images for files people can download. So in 1987, he came up with GIF. But it didn’t really take off until 1995, when the Internet started to take off. It got the loop ability, making it popular. It also helps that at this time, CompuSave was the first major ISP.

So for 15 years, GIF’s popularity went up and down. But it really skyrocked since 2010, thanks to social media sites like Facebook, Twitter, and WhatsApp. They’re fun to send in text messages too. Let’s look at how popular GIF’s are in today’s society. People send 25,000 GIFs every minute. In fact, the number of these photos tripled in the past year. Facebook is getting into the Happy Birthday GIF spirit. They’re rounding up twenty Internet stars, people You Tubers Logan Paul and musicians DNCE. They’ll be others. You can even cast a vote about how you pronounce GIF. Happy birthday GIF!

But about this debate though. It even goes on in our Boston computer service shop. I pronounce it Jif (like the peanut butter). But other collegues and customers insists it’s pronounced with a hard G. The world may never know. However, we can thank Steve Wilhite for changing the computer landscape forever. Everyone in computer repair uses the GIF. Come to think of it, most people outside of computer service use the GIF. They’re fun, easy to communicate with, and at times, can be powerful. So Happy Birthday GIF. What’s your favorite GIF moment? 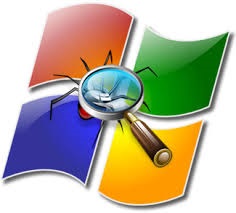 Microsoft Fixes Potential Disaster; Or Did They?

When it comes to Malware, Microsoft does better at protecting themselves then most. But even they must watch their back. Because there is a new, powerful and scary threat looming over Microsoft, especially the anti-malware system. Microsoft fixes potential disaster, or did they?

Researchers say this threat is so powerful it bypasses any security. Then, it turns over your whole computer system to a hacker. But this threat needs a ‘specific crafted file’. They send this bad file either through email or send them the websites with hardly any protection. Windows’ malware protection system scans this file. But all this software does is let the hacker get into the system. Then, this malware can add or delete however it pleases. That’s how it gets and exploits private information.

This is why the threat is so scary. It abuses and exploits the very system it needs to protect. What’s even scarier is that Windows usually does a great job scanning all content for malware threats. However, this one just passes through. In fact, you don’t even need to open this vile thing before mayhem breaks loose on your computer. All it has to do is just show up. So what is Microsoft doing about it?

This is how Microsoft fixes potential disaster. They’re rolling out a patch. This patch is supposed to close this whole so this threat won’t get through. These updates can take up to 48 hours. However they don’t tell me how to obtain this patch. In computer repair, and at our Boston computer servicing shop, we haven’t seen this issue, yet. But now that you know about this threat, I suggest you do all you can to avoid it at all cost. And if you were hit, then do what you must to rid yourself of it before it destroys or exploits your system. I with I knew more about how Microsoft fixes potential disaster. What tips do you have for prevention?