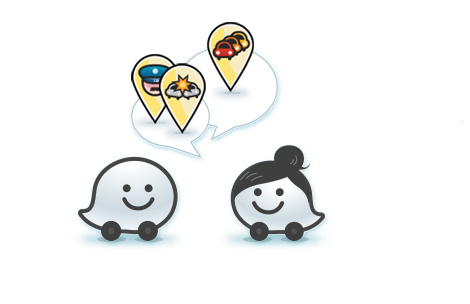 Waze, the traffic app used by people and for people to tell other people abut traffic conditions, has been busy this year. First, Google bought it for 1.3 billion dollars. Now they’re turning to Hollywood.

Waze plans to use celebrity voices for navigation features. The first voice they’re turning to is that of Kevin Hart. Kevin Hart is a well known comedian, actor and reality TV star. He’s featured on Real Husbands of Hollywood. In January, he’ll be starring alongside Ice Cube in the flick Ride Along. This navigation is expected to work on two fronts: Waze app users will be more likely to listen to a celebrity voice for navigation features. On Hart’s part, this is a great way to promote Ride Along to over 50 million Waze users.

Waze just doesn’t talk about traffic jams. Things from police traps to accidents can be reported. I don’t know of any other celebs who are loaning their voices to Waze, but we should know Kevin Hart won’t be the only one, depending on how successful this campaign is. I’ve seen a commercial of Hart using his voice. It’s pretty entertaining, but is this a voice you want telling you what to do on the road? It would be very comical to listen to, but would you take it seriously? Which celebrity voice would you like to hear on Waze? 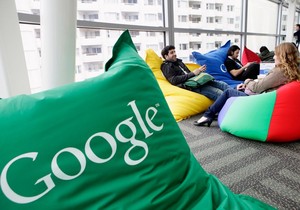 Is Google Taking Tracking to a New Level?

Recently, I logged on to a major hotel site to look for rooms in a city I plan to travel to. Then I go to a travel site to look up schedules on how to get there. The next time I check my email, both sites are advertising on that page! I learn it’s common for advertisers to track one website to the next.

But Google might be topping them all. Word is that Google is testing a smartphone program to find out what stores you’re traveling to and what time you’re visiting them. They’ll connect the visits to the searches on smartphones to boost mobile advertising. If I Google ‘Cadillac’, car dealerships in my town/city can bid for listing on my phone. They compare car dealer listings to my location data. They can see if I saw the ad and if I visited the dealership. It’s called passive location tracking. It’ll be easier to find this tracking on Android devices. They’re the smartphone leader as far as market share and units sold these days. Nobody at Google is commenting.

A few years ago, things like this would’ve totally freaked me out. Now, I say this could be a good thing, so long as it’s not abused. If I am in need of a store in a new neighborhood, I can find it. If there is a? store is better in the same neighborhood, I can go there. So maybe passive location tracking is a good thing. But I worry about the ‘big brother’ aspect. What’s there to prevent stalking, abuse, and corruption from coming upon this system? That’s the real concern. Is passive location tracking a blessing or curse?

Facebook and Twitter are perhaps the two biggest social media powerhouses of our time. But according to a book by New York Times reporter Nick Bilton, things could have been very different.

The name of the book is called Hatching Twitter: A True Story of Money, Power, Friendship and Betrayal.? The book says in 2008, as Twitter struggled for national recognition, co-founder Jack Dorsey was demoted from CEO to silent chairman. Then, other Twitter leaders was called by Facebook founder Mark Zuckerburg to a meeting. Facebook was interested in purchasing Twitter for $500 million. Apparently, Zuckerburg and Dorsey were talking for months about a buyout. But after Dorsey’s demotion, the buyout went south in a hurry. Other reasons were: The price wasn’t good enough and? concerns about the other company.

In 2008, Twitter was already worth over a billion dollars. The next year, it exploded! I wonder if Twitter leaders know it was on the verge of explosion. That’s why it didn’t happen. I wonder if Facebook knew Twitter was about to blow up. Maybe that’s why it was trying to buy Twitter. But what if the buyout happened? Would it have been so big it would have taken out everybody else? Or would it have been so big would they have collapsed under their own weight? What do think life would be like if Facebook and Twitter merged? 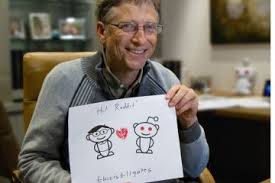 Several weeks ago, I talked about tech billionaires like Facebook’s Mark Zuckerberg and their initiative to get everyone in the world Internet access. But Microsoft Chairman Bill Gates isn’t on board.

According to one recent interview, Gates called this initiative ‘a joke’. He talked about a malaria vaccine that he’s working on, and asked which was more important…health or online connection. He seems to insists we should meet people’s more basic needs, like access to quality food and clean water. Bill Gates and his wife Melinda has been on the front lines of global issues for a long time. Since the Bill and Melinda Gates Foundation was founded in 1994, they’ve raised tens of billions of dollars to help eradicate poverty and disease in developing nations. One project they’re working on is eradicating polio worldwide.

But Mark Zuckerberg is no philanthropy slouch either. A few years ago, he donated $100 million to Newark, NJ public schools, one of the most troubled school systems in the US. Personally, I’d like to see these two come together to fight global poverty. Gates is right on one hand: everyone in the world needs to have access to good food, clean water, decent clothes and shelter,? excellent medical care, good jobs, and an education. Zuckerberg is right too :In the 2010s, everyone should have the right to online access, regardless of where you live or what your income is. So I wish this bickering and putting down would stop and both would put their resources together and make a true change. Wouldn’t it be a Heaven on Earth if all 7 billion people of Earth were healthy and well connected? Where do you stand on this? 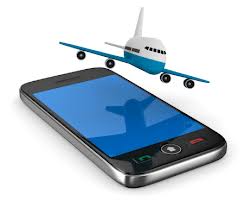 For the longest time, we’ve been told to turn off our electronic devices during takeoff and landing during flights. Two major airlines are changing that.

Effective November 1, 2013, Jet Blue and Delta Airlines will allow their passengers to use devices anytime during flight. They’re not the only ones. Pretty soon, the FAA will lead the way to allow all airlines to allow devices anytime during flight. On one flight, Jet Blue touted they were the first airline to let this happen. But let’s not go totally crazy. Laptops must be stowed away during the whole flight. Other devices must be in airplane mode during the flight.

But why did Jet Blue and Delta become the first airlines to do this? Was this an attempt to boost their gates? Will it work? In some cases, I think it will. I don’t know when other flights will jump on board, but the longer they drag their feet, the better it will be with Jet Blue and Delta. When I fly, I’m cool with not using my phone or iPod touch during takeoff and landing. But I understand not everyone is. And in this busy 21st century ‘I wanted it done yesterday’ world, some people might need to have their devices on at all times during flight. Or what about if a baby is whooping and hollering during these times? That’s a good time to blast on the music. So I say kudos to Jet Blue, Delta and the FAA for these changes. How do you feel about this new ruling?

For years, Facebook has been a hub of socialization for teenagers. It was a demographic they could count on. Facebook won’t be counting on them for long.

According to Facebook itself, the last quarter was the first time ever they lost teen users. They finally own up to it after even Mark Zuckerberg denied this loss of it’s core group. It’s already hitting the stock market. Their share prices dropped as soon as this news was announced. Well, the last time I checked, stocks climbed back up. News about them beating Q3 earnings drove them up.

Let’s look at the why. The first reason is Snapchat. It has over 100 million users and takes 350 million snaps a day. I don’t know how many of these are teens or teen driven. But you know how they jump to the next big think. I’m guessing it’s a lot. And let’s face it, Facebook and teens haven’t been best friends socially. The social media site has been linked to cyber bullying, though Facebook has put up a vigilant effort to fight and stop it. Then they’re other consequences. There’s been several news stories about people getting fired and/or not getting hired for ‘inappropriate’ posts and pictures on their FB page. Don’t even get me started on that one. But fewer and fewer teens want to even take that risk.

I say just let nature take it’s course. Another reason for the teen drop-off is they realize Facebook is something the older people do. What kid wants to do what older people do? And they’re right. Facebook uses among people over 21 is skyrocketing. What I suggest is they put their advertising focus on this group. But this leaves me with one question: Are teenagers logging off Facebook on their own or are helicopter parents logging off for them?