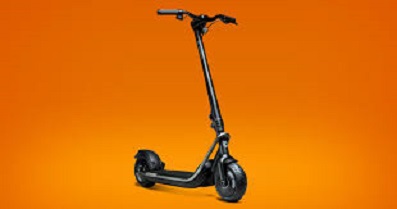 So Boosted is one of the up and coming players in IT service. They gave us the electric skateboard. But wait…there’s more. Here’s introducing Boosted’s electric scooter.

So they call their electric scooter Boosted Rev. According to reviews I read, it does wonders but is heavy duty, literally. I say that because this scooter weighs 46 pounds. That’s no joke. But they say it weighs so much because it packs so much power. If you think the weight is an issue for you, then wait until you hear about it’s price. It will cost you around $1,600. But know here’s the good news.

This scooter can go up to 24mph. Also, their tires can take anything the roads can throw at them. They have three kinds of breaking: electric, hand and foot. It’s also great for climbing up hills, thanks to it’s duel wheel motors coming in at 1500 watts each. And Boosted wants it to be this way. They want this scooter to do everything a car, heck, even everything a mac truck can do. For instance, with these dual motors, you can go up a hill as fast as 22 mph. With speeds like this, in most residential areas, you can even keep up with cars. I wouldn’t take this thing on the Interstate though.

So let’s talk about this weight issue. I would NOT climb this thing up the stairs. If you have a garage, leave it there. Or if you have a backyard or basement, just tie it up real good and leave it there. When I looked at the cost, and what Rev offers, I think this is a good item. I know here in Boston, there are a lot of hills, so this scooter would be heaven scent. Now think of those who live in mountainous. This scooter would do well for them and this is a great investment. Introducing Boosted’s electric scooter. Would you get one? 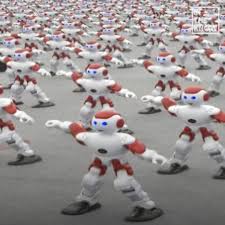 So how did you celebrate your 4th yesterday? Did you have good food, good drink, and see good fireworks? Did you see robots dancing in the streets? Because in China, they broke a world record. They had thousands of dancing robots: cute or creepy?

So in China, they lined up over 1,000 robot in horizontal and vertical fashioned. Then, as far as the lens camera can see, these robots dance in perfect sync with each other. Well, I wouldn’t call it dancing. But it looked to me more like military exercises that a powerful army would do. First, they would move their arms back and forth. Okay, the way they moved them had a little rhythm to it.

Then they did a little bow, then more dance, or exercise with their arms. In this video clip, I didn’t see the robots move their arms. This clip went on for over 30 seconds. Apparently, it did make the Guinness Book of World Records. It made it for the most robots dancing in sync at one time. Whoever did this saw it as a thrill, because some of the comments below saw things very different. One joked, “If the end of the world is coming, then at least it will be entertaining.” However, another thought China was showing a dark message by having so many robots dancing at once.

Like it or not, robots will have a massive place in IT service’s future, and in the world’s future. I was at my local grocer a couple of weeks ago. I saw a robot clean the floor, while serving as a security guard for another time. This isn’t a plot from The Jetsons. This is real life, the real world in 2019. So yes, it is happening.Ready or not, here they come. Thousands of dancing robots: Cute or creepy? 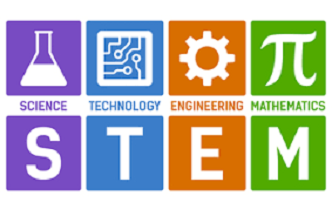 So what to write about today? I can write about how many in the IT service community are already taking sides in this upcoming election. But I’m going to keep it positive. Let’s talk about how STEM inspires a generation.

So STEM means Science, Technology, Engineering, and Math. Stem started in the 1990s. But in the 2000s, as smartphone and social media tech boomed and changed the world, STEM became critical. Years ago, STEM partnered with FIRST. What FIRST does is have contest and field days teaching kids of all ages, 5-17, to think critically. Their contest includes things like robotics, space, even playing with Lego blocks.

For example, after school, kids can meet with STEM educators. Here, they can learn innovation and leadership through science, technology, engineering and math. Every year, 300,000 kids come to participate in STEM’s FIRST LEGO challenge. They come from all over the world and form teams. They solve real world problems and often use inventions to do so. The winning teams get $20,000. However, this year’s theme is space innovation. They call it Into Orbit, problem solving through space innovation and exploration. As a write this, there are now 20 semi-finalist from 31 countries.

So these teams come from everywhere. They come from Charlotte, NC and Germantown, MD. They also come from Verona, Italy and Rio de Janerio, Brazil. This is how STEM inspires a generation. You know, many say there is little, if any hope for Gen-Z (those born after 1997). I can’t disagree more. Thanks to organizations like STEM, kids want to learn about all things technology. They want to learn about coding, space, robotics, building apps, all the things we’re going to need in the 2020s and beyond. And many of these participants are girls and minorities, the exact people big tech is trying to reach out to. That’s awesome! Would you like a STEM program to come to a town or school near you? 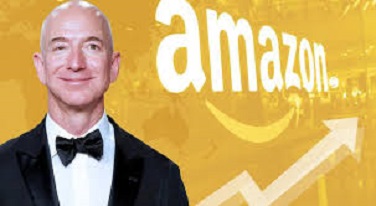 So we all know Amazon pretty much owns e-commerce retail in the IT service industry. But now, they want to take over traditional retail too. Amazon’s Counter goes after retailers.

Amazon’s new service, they call it Counter. With counter, you can pick up your Amazon purchases at a retailer near you, instead of waiting on home delivery. Furthermore, they already found a retail partner: drug store chain Rite Aid. They will soon and very soon partner with 100 Rite Aids across the country to launch counter. But by the end of 2019, they want this in over 1,500 stores. This means involvement with other retailers. They tried it already in United Kingdom and Italy. So far, it’s a success.

I can see Amazon’s logic here. Believe it or not, more people shop in physical retail than they do online. In fact, some statistics say only 10% of all US sales are done online. And let’s face it. Waiting for that home delivery isn’t always convenient, or even safe. In our computer repair business, there were many times I had to stay after hours just to wait for a computer part to come through. Then, say nobody is home. Who and what is there to stop a thief from stealing your packages? It’s getting dangerous for delivery employees, too. Remember that confrontation between actor/rapper Ice-T and an Amazon delivery man?

But there is a reason why I title this Amazon’s Counter goes after retailers. Because that’s exactly what they’re doing. They already have Whole Foods, mass media, and just about everything else. Now they want to go after retailers. I’m sorry, but I think I will stick with the retailers I already shop at, especially the small and local retailers. I’d rather not fuel Amazon’s quest for world domination if I can help it. When is it ever going to end? 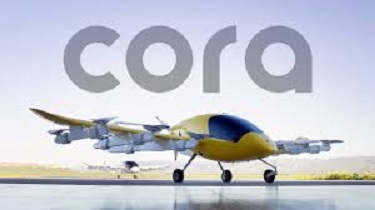 So when we all think of Kitty Hawk, history comes to mind. Most of us think of the first flight back in 1903. Nothing of IT support or tech innovation comes to mind. But maybe it should: Kitty Hawk and flying taxis.

So in this story, Kitty Hawk is an up and coming flying car company. Furthermore, big names in the IT world back this company. I mean names like Google’s Larry Page and Udacity’s Sebastian Thrun. However, Kitty Hawk is about to get bigger. Because they just made a deal with airplane giant Boeing. Both companies want to increase urban air travel. Both are also looking at things like safety and robotics when it comes to flying taxis.

The name of their two-person air taxi is Cora. We know little about this collaboration between Kitty Hawk and Boeing. That’s because they’re telling us little. But they’re working on a self-piloting version of Cora. In fact, one Boeing executive hints that this is the next step in transportation and air mobility. Cora can already fly like a helicopter and an airplane. In fact, tests in New Zealand continue to this day. So how long before Cora comes flying to your airport, or even to your door?

We all read stories about the rise of driverless cars. We also read stories about robots taking over jobs and other ways of life. Both elements are in this story. Because no human being will fly Cora. She will fly herself. If Kitty Hawk and flying taxis become true, then imagine taking one of these to work everyday. Yes, that will get you there quicker. That will cut down on road traffic some, too. But what if a million people got these Coras. Won’t that contribute to air traffic, not including the commercial airlines as well? So with these flying taxis, are we solving a problem? Or are we creating a new one? 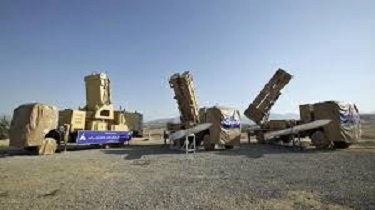 So by now, you all know last week was a tense week between the US and Iran. But suddenly, President Trump cancelled any potential Iran strike. Does that mean we’re all going to live happily ever after? I doubt it. Because first of all, Trump Administration cyber attacks Iran.

According to many sources, US President Trump approved a cyber attack on Iran’s missile systems. This particularly means an attack on Iran’s computers that control the missiles. This happened on June 20. The hands behind the attack were the hands of US Cyber Command. Sources say this cyber attack crippled Iran’s missile program, but not much more. In fact, nobody is saying much of anything about this one.

But it’s not this crisis that caused this cyber attack. In fact, this was months in the making. Apparently, the Trump administration wanted to do this since Iran allegedly attacked oil tankers on the Gulf of Oman. Of course, Iran vehemently deny any attack on oil tankers on the Gulf of Oman. They’re being silent because they don’t want to put other operations on the line. But it’s not just Iran. Then there is Russia. There’s even talk of a malware attack on Russia’s power grid. But officials are keeping very hush-hush about that.

So why bring this up? Remember, Russia and Iran are close allies, and have been since the mid-2000s. So if we attack Iran, we may as well be attacking Russia as well. So what does this have to do with IT service? Well, look around. Trump Administration cyber attacks Iran. Who knows what Iran will do, or what Russia will do? And they’re using cyber, technology, IT attacks, not conventional ones. Please understand, I’m not trying to scare anyone here. But look at how quick nations are using cyber attacks on each other. Shouldn’t that tell us something?