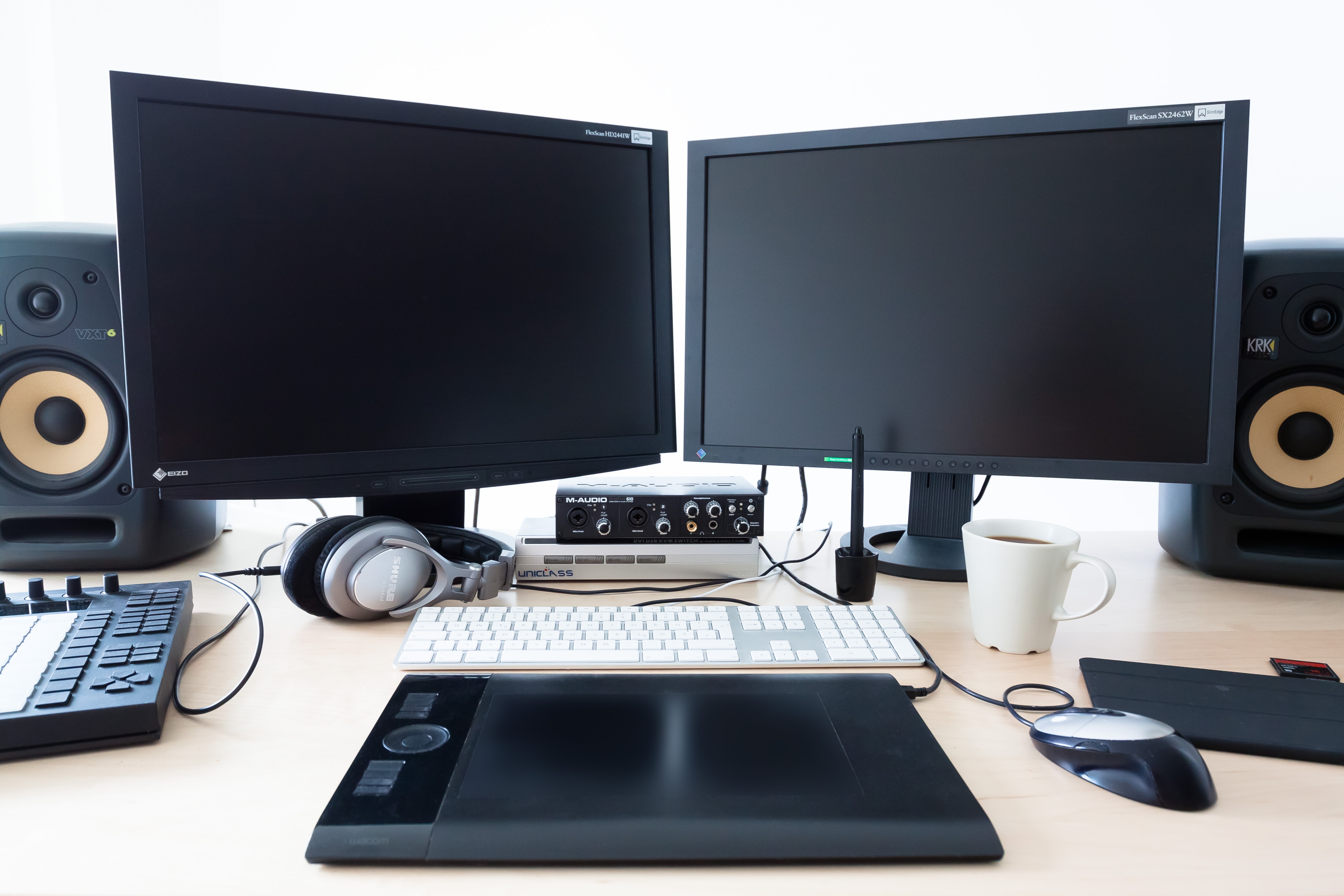 Remote Computer Service – We can help you Work Remotely

Remote Computer Service is available by calling us or visiting our website.
?
All you need is a working internet connection and access to your computer. Our company will be able to provide remote computer service expertise that we’ve built a 20 year pedigree on.
?
Below is a list of services we offer because we have a variety of techs:
?

Your health and safety are our first priority.

We are taking guidance from the Centers for Disease Control, which recommends regular cleaning. Our staff has increased the frequency and rigor of car, equipment, and office cleaning because of the increased risk. We’re taking extra care to wipe down equipment, vehicles, keyboards, touch screens, and phones. However, remote computer service demand has increased and we have hired more technicians to fill this demand. We are also monitoring all locations and technicians to ensure they are stocked with the appropriate cleaning supplies.

We are also advising staff to wash hands frequently, avoid shaking hands with others, and practice social distancing. This will help them stay healthy as we know people still need service. Friendly waves and smiles are still okay! 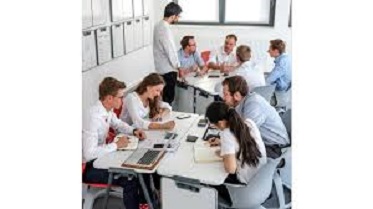 So, as the 2020 US Presidential election intensifies, one major issue will be education. But unlike previous decades, the focus won’t be ‘stay in school and pull up those grades’. This time, it will most likely be, “How will I pay for college?”. IT support is not immune. Let’s look at education ant IT’s future.

So you have Bernie Sanders talking about giving out free college altogether. Then you have Sen. Elizabeth Warren proposing to eliminate the 1.6 trillion in student loan debt altogether. That’s right: the US student loan debt is at an all-time high of 1.6 trillion dollars. Then you have Republican and Democrat senators working together to push for income share agreements. This would make higher education more affordable for all income brackets.

Maybe these initiatives will work. But maybe they won’t. Still, others are turning to alternative methods of higher ed, like Coding Bootcamp. This is a highly respected program that teaches you the IT skills many employers look for nowadays. Plus, companies like Google aren’t even looking for Ivy League degrees, or degrees at all, really. They’re just looking for people with high tech skills. Organizations like Coding Bootcamp provide that. So are many two-year community colleges and trade schools. They’re offering highly tech skills at a discount price. I hear of some cases where graduates of such schools land a $75,000+ job instantly!

If I had to talk to an 18-22 year old about education and IT’s future, I would tell him/her to be careful. First of all, I would tell them to pick a major they know employers are going to use. Sorry art and philosophy majors; this just isn’t going to cut it in 2019 America. I would tell them don’t be ashamed to go to two year schools or trade schools. Lots of people are coming out of those with good paying jobs and hiring bonuses. What advice would you have for a young person about education today? 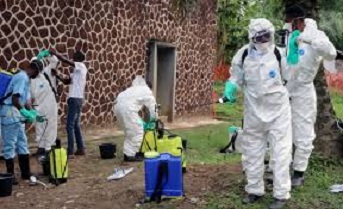 The New Ebola Crisis: What can IT Do About It?

So the World Health Organization declared Ebola to be a global health emergency…again. The new Ebola crisis: What can IT support do about it?

This started when a man unknowingly bought Ebola to Goma, Congo. Goma is one of Congo’s largest cities and is a huge tourist and transit hub. But since then, it’s worse. Because now, this new Ebola outbreak caused over 1,500 deaths and 2,500 illnesses just in Eastern Congo alone. But that’s just the beginning. Then, add lack of medical and tech resources, many years of conflict, and lots of cynicism. In fact, I read reports where medical and tech responders were killed when they tried to aid some of the medically ill. Because of these things, they expect this crisis to go on for a long time.

Now some of you are going to say, “Didn’t we go through an Ebola crisis around five years ago?”. Yes, the world sure did. In fact, over 30,000 people worldwide got sick during that mid-2010s outbreak. Also, it hit real close to home when two nurses got infected in Dallas. After a major scare, they treated those nurses, they fully recovered, and nothing came after that. Thank goodness! But this incident, and others globally, forced the world to pay attention and do something about it. And they did. So what’s the difference between then and now?

Well, now, there’s a lot more fear going on, and that fear often leads to violence. WHO leaders say that until they can secure that nation from conflict, then Elola will continue to flourish. Also keep in mind doctors, nurses and tech leaders will be less willing to aid in conditions like that. Also, and I hate to say this because I know how this will sound. But these things don’t get much notice until it hits a Western nation. I know that sounds awful, but look at humanity’s track record. So unfortunately, this is the new Ebola crisis. What can IT service do about it? 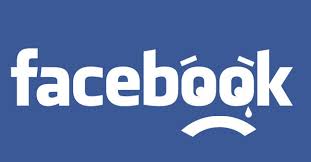 So according to The Verge, Facebook sent a message to parents. The message warned them about a technical error. This error allowed a child’s friend to start a chat in the app. However, these chats can go without the approval of the parent’s first child. I don’t want to confuse anybody. But basically, what this technical error does is remove a layer of safety and protection.

So far, Facebook is not making this totally public. They’re telling parents who may be affected by this tech error. Of course, it’s public know thanks to bloggers and tech journalists around the world. The Verge believes this flaw left thousands of kids in unsupervised chat rooms.

And I think this is the panic here behind this Facebook Messenger Kids’ error. Some may say, oh, it’s only one snafu, it’s only one error of protection that went away. What’s wrong with that? What’s wrong with that is that’s all it takes. Let’s face it: The criminals, traffickers and perverts are getting smarter and smarter with technology. That’s not good. Then there are other kids who want to bully or threaten another kid. This missing layer of protection can mean easy, easy pickins’ for these bullies. So you have two kinds of people already that can use this to their advantage. What are some others? And what can we do to keep out kids safe? 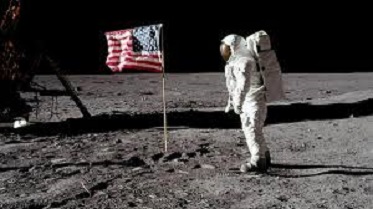 Will America Make It Back To The Moon?

So NASA announced the Orion will be ready to go back to the moon sometime after June 2020. However, it’s first trip won’t be taking human beings with it. Instead, the Space Launch System will send it up there. It will spend six days orbiting the moon, then it will come back to Earth. Then, NASA will study this trip’s success and efficiency before determining if it’s okay to carry men, or women, on the moon. The plan is to carry humans around orbit in 2022. Then, in 2024, get people back on the moon. They’re already going through the proper tests, the equipment I mean, at Lockhead Martin headquarters. Because, by the end of the year, they want to send it all back to Kennedy Space Center in Florida.

This sounds like a great plan. But some, including some in IT service, have doubts of going back to the moon at all. I read an article from a tech journalist who is very skeptical about people going back to the moon by 2024. Keep in mind it’s been 47 years since man went to the moon. We’re talking December 1972. Some argue the cost got too high and the missions got too dangerous. But it’s a different day now. Even people like Sir Richard Branson and Elon Musk want to send civilians to the moon. Then you have those who want to see women walk on the moon in 2024. I want to see women walk on the moon, preferably on that year, if not even sooner. But will it happen? Will America make it back to the moon?