iPhone 8 Wireless Charging: Keep Up With The Samsungs 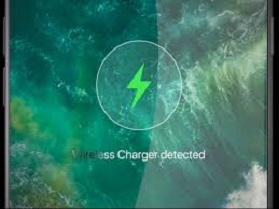 Is that why we might have iPhone 8 wireless charging? Or is it because of the iPhone 7 fiasco? You see, iPhone 7 and 7 Plus were the first smartphones not to have a standard headphone jack. So now, people who spent $600-$800 on iPhone 7 can’t even use their own headsets. They had to use Bluetooth headphones. But they could also get the iPhone’s Lightning port. How convenient on Apple’s part, right?

Hence, some believe a wireless smartphone will solve the problem. They can charge the smartphone with either the Lightning port or an adapter for wired headphones. And if you like Bluetooth headsets, then keep using them. But I talked with quite a few people in this Boston computer service shop. Many people don’t. But the thing is, Apple 8 ‘s rival, Samsung Galaxy S8, will also require wireless charging. Is the the wave of smartphone’s future?

But there is another problem with the iPhone 7 charging situation. You see, you can only use the Lightning port for one thing at a time. Yes, you can use it for charging and music. But not both at the same time. That might work for some folks. But what about when you want to hear music or news while charging your phone? And keep in mind you just paid over $600 for this. That could be an issue. Now you could say, “Oh, just pack some patience.” This is 2017. Nobody has the patience for anything, especially when it comes to their smartphone technology. So let’s assume we really are going to have Samsung 8 wireless charging. If you’re going to charge over $600 for these phones, then shouldn’t you include the wireless charger with that phone?