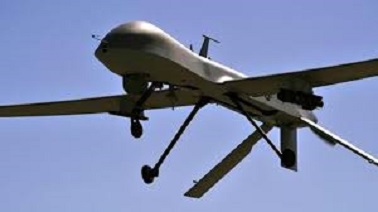 On Monday, Trump met with Silicon Valley leaders. This was about making federal technology stronger. But now, there’s a meeting to talk about strengthening US workers. Trump’s next tech meeting: Drones and 5G.

So the Office of Science and Technology Policy meeting called this meeting.?Michael Kratsios now leads this group. This name is important because he used to work for Pay Pal CEO Peter Thiel. In fact, he was in Theil’s high ranks. Speaking of high ranking officers, around 25 will attend. Then there’s the list of companies they’ll represent: Microsoft, AT&T, Sprint, Verizon, General Electric. They will discuss many things.

But the focus will be drones and 5G internet. What 5G does is give you the fastest Internet service around today. They’ll also talk about the importance of drone technology today. Because already, companies use drones for delivery, heavy lifting, inspecting, and even farming. They’re pretty fun to fly and play with also. One thing they want drones to do is control air traffic systems by 2025. Another attendee is Ben Marcus, CEO of AirMap. That’s a start-up company of all things drones. Marcus told the attendees drones need the government for a good future. He and other drone leaders even took a swipe at the self-driving car movement. They said the drone can help American workers now, while self-driving cars can help 10 years from now.

But I’m more interested in how drones can help with air traffic, and other infrastructure. Already, AirMap helps you determine where it’s safe to fly and where it’s unsafe and illegal. I think they can use this kind of IT support at our airports. I say this because a big concern for the government, and for most of us, is infrastructure. It’s not very good. Here in Massachusetts, within 20 miles of our Boston computer service shop, there are potholes big enough to fish in. And we’re in a booming, thriving area! Some say airports still use 1980s technology (I hope not!). But Trump’s next tech meeting, though. Will drones and 5G help our road infrastructure? Will it help the American worker?