The WannaCry Blame Game: Who Is To Blame 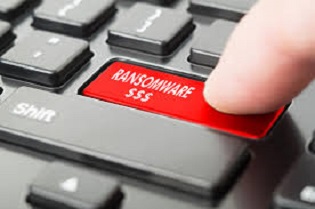 We all know the damage ransomware WannaCry causes. In England, hospitals turned away patients. ?Also, in France, the virus shut down car plants. Then, in Russia, the virus shut off the Kemlin’s Interior Ministry’s computer systems. So now, let’s play the WannaCry Blame Game: Who Is To Blame?

Some blame North Korea. There are researchers that say The?Lazarus Group did it, or at least, had their hand in it. The Lazarus Group has ties to North Korea. Then, think of the tensions the world has with this hermit Communist country today. However, some others blame the NSA. After all, their tools enabled the virus to take off. They use viruses to hack enemies. But they often keep it. Could this be to blame? I know the NSA didn’t create WannaCry. I also know this isn’t intentional. But as Coach Gregg Popovich reminded us, manslaughter isn’t intentional either. But the damage is already here. The next contestant of the WannaCry blame game is Microsoft. Yes, Microsoft issues patches for ransomware and other computer threats. But it didn’t stop this threat. Why couldn’t, or didn’t, Microsoft do more?

In fact, Microsoft and the NSA point the blame at each other. ?However, I point some of the blame at Windows XP users. Unsupported Microsoft systems are hackers’ dreams. So when people still use these systems, that’s like opening your door late at night. Any burglar can come in and take your stuff. But enough about that. Let’s look at North Korea, a real enemy of America and free people worldwide. Their dictator threatens missiles and even nuclear war. In the last few weeks, he has upset just about every other world leader. Keep in mind, North Korea only has 28 websites they can look at. I don’t know about you, but here at my Boston computer service shop, I see more websites than that during an eight hour day. So who do you think will win and/or lose the WannaCry Blame Game?