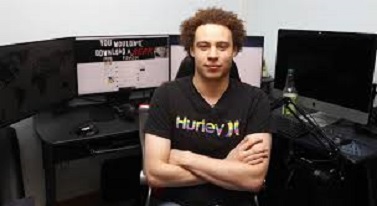 There is a young hero in England. His name is Marcus Hutchins, and he is only 22 years old. But why is he a hero? Because this tech savvy twenty something fights WannaCry.

By now, we all know WannaCry is a global ransomware virus. This hit hospitals and other businesses. But when WannaCry paid a visit to Hutchins’ house near the Plymouth coast, he made sure WannaCry didn’t stay long. Hence, from his self-made IT support hub, Marcus Hutchins prevented over 100,000 systems from WannyCry infection. How is that for computer repair? The tech savvy twenty something’s social media name is Malware Tech.

So here is how Malware Tech did it. He registered a fake domain name. Then, he hid it in the malware. This tracked it, then halted it from going to anymore systems. Hutchins writes about how that domain registration keeps the virus away. He also tweets about how servers in his house makes so much noise. Apparently, those servers saved the systems of many thousands. Thankfully, Hutchins’ is getting the respect and recognition he deserves. Andrew Mabbit, founder of Fidus Information Security, praised Hutchins as one of the most talented people he knows. But Hutchins issued a warning. He said another attack could come and come soon.

This tech savvy twenty something should know. Also, he continues to use to fight WannaCry. He now works for Britain’s National Cyber Security Centre. Hutchins seems to be dealing with his new fame fairly well. First of all, he calls himself an accidental hero. That shows humility on Hutchins’ part. He takes pictures of the simple things he likes in life, like pizza and going out with his friends, and beautiful photos of his hometown area. I love these kind of stories. These are stories where an unlikely hero comes from nowhere and saves. ?So the next time you see Malware Tech on your Twitter page, give him props and respect. Doesn’t he deserve it?