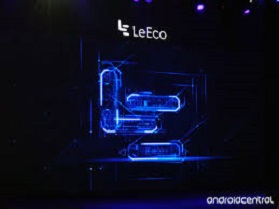 Ever hear of LeEco? If you haven’t, then you probably never will. It’s a Chinese IT support start-up. It also combines the services of Samsung and Netflix. It could be the next big tech thing, but that’s all over now. LeEco cuts American ties: Another casualty.

So LeEco is also cutting American jobs. They’re cutting 325 of them. That may not sound like much, but that’s 70% of their American work force. They say it’s because the lack of funding and lack of sales. One thing they worked on is a smart mountain bike. It’s a mountain bike equipped with a 4-inch touchscreen, Bluetooth, Android software, WiFi, and lasers on the handle. Sounds like a cool concept, right? Too bad we will never know. Because this mountain bike experiment stopped.

However, LeEco isn’t dead. They will focus on their native China markets. Not only that, they will try to cater to Chinese speaking markets in the US. But they had so many hopes and dreams. They built a 49 acre property in Silicon Valley. Then, they planned to sell TVs and phones as video subscriptions. They offered them at a competitive price. LeEco even tried to peddle it’s self-driving car. Then, things took a turn for the worst.

First of all, the pitch was awkward to see the least. It didn’t succeed. Then they tried to buy Vizio for $2 billion. But how can you talk about buying a company when you can barely keep yours afloat? So why do I even talk about LeEco cuts American ties? What does this have to do with computer repair? To you, maybe nothing. But I find it disturbing when a medium sized tech firm can’t make it here in the USA. Yes, part of it is on LeEco. But I wonder if the big boys (Windows/Microsoft, Apple, Amazon, Google/Android, Samsung) have such a hold that nobody else can compete. I think LeEco had a lot of potential. But they were snuffed out. Is this a trend? Have the big boys built monopolies so big nobody can compete anymore?