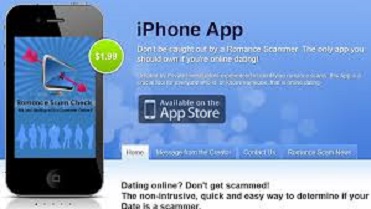 Apple Cracks Down on iPhone Scammers

So do you own an iPhone? Did you ever pay hundred of dollars for an app? Also, here’s another question: Do you have to pay $5 a week for an app? It may not seem like much, but it adds up. That’s why Apple cracks down on iPhone scammers.

But paying for Apps, especially that much, seem to be going out of style. However, there are still complaints from customers and computer repair experts. They talk about ‘dark patterns’. That means tricking users into buying and using apps and sections of apps they really don’t need. They they can get you to pay for things you don’t intend to pay for.

One app is…or should I say…was Scanner App. Yes, it worked and did what it was supposed to do. However, it costs $4 a week. That adds up to around $20 a month and $220 a year. Now, I say was because the Scanner App no longer exists. That’s because Apple cracks down on iPhone scammers. Others who do this same thing are going. The ironic thing: Apple is the one enabled it. Back in late 2016, they let paying Apps charge subscribers fees, instead of paying one lump sum. When you think of it, people are happier to pay for that.

However, Apple isn’t the only one exposing this. Last year, publications like Mashable and Forbes, called out apps that charge as much as $99 a week. Times are changing. As of right now, only 15% of all apps are the ones you have to pay for. As for me, I only get the free apps. So do many customers from our computer service shop. When I see an app in which I have to pay a fee, then red flags go up. Especially, when they pay a certain amount a week. What do you think of paid apps and do you think the crack down is a good thing? 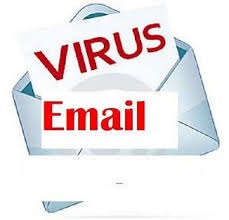 The 2018 Email Virus: This Is A Security Alert

In the past month, we saw 38 email virus threats. I won’t name them all because many of their names are too hard to pronounce. They all fall under the virus, worm, and/or Trojan categories. But the worse of these is what they call ‘Battdil.I Trojan’. It comes to your email address as a zip file. Then, when you open it, a .EXT or .SCR file floods you with the virus. After that, it takes over your Outlook then spreads to your address book. Now, it affects your people as well.

But that’s not all. Because the 2018 email virus can do even more damage. This includes stealing your information, like credit/debit card numbers, SSN numbers, and usernames/passwords. Cyber criminals can also steal your files remotely before you even realize what they’re doing. But wait, it gets worse. Because they can even turn off and on your system from around the world and there’s nothing you can do. Do you realize how much power these hackers would have over your computer if they put this virus in?

I thank a colleague in this Boston computer service shop for telling me. In fact, he’s treated several cases like this in the last several weeks. But what do we do about it? First of all, don’t answer any emails from people you don’t know. Remember when our parents warned our about stranger danger as kids? It’s kinda like that here, except this is email stranger danger. If you get an attachment, call the sender and confirm they did send it. Make sure you get the latest anti-virus software as well as a spam filter. What else can we do to keep ourselves safe? 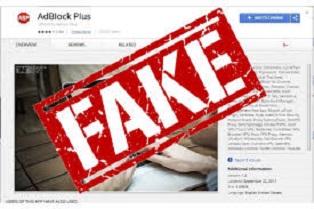 So this warning started with a story AdGuard’s blog released. In it, they exposed fake extensions that used extra code. They feed on the info of websites you visit, almost like some monster out of a swamp that yearns to get bigger. But Google already takes action. They took off five fake ad blockers out of their store. And these were top downloading ad blockers too. You can bet they will remove some more as well.

However, this hardly seems to be new. In fact, AdGaurd’s blog warned about this starting last year. That year alone, some 37,000 people got a AdBlock Plus for their device. It turned out to be a fake ad blocker. It clones and preys on popular keywords. Then, it took real extensions and added their own malicious content they hide in the images. Instead of blocking the ad, (they may do some blocking to save face), it eats up your info. There’s no telling what they will do when they get it.

So what can we do? AdGuard suggests check the extension author. Make sure it’s somebody you trust. Why do I talk about this? As I stated before, we in IT support need to warn people of such warnings. But as for me, I think I’ll deal with the ads. Yes, they can be annoying and pestering. However, at least they’re not infecting our systems, well, most of them aren’t. This is why I urge you, and all that depend on IT support to check your Google account now! See what’s real and what’s not. And if a fake ad blocker sounds too good to be true, then it probably is. What are some real ad blockers you can trust? 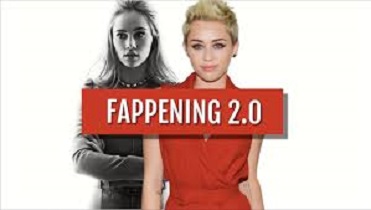 So today is ‘The Fappening’ day. They call it this because three years ago, hackers broke in many celebrities’ iCloud accounts. Then, they blasted their most intimate photos online for the world to see. But today, they’re at it again. Nude celebrity photos are leaked…again.

Several reports say hackers leaked new nude photos of A-listers. Such celebrities include Tiger Woods, Kristen Stewart, Miley Cyrus and Lindsey Vonn. However, guess who many believe the culprit to be? The suspect website is…wait for it…Celebrity Jihad. And the outrage isn’t taking long to produce. Tiger Woods’ people already threaten lawsuits if hackers don’t take these photos down. Also, another hacker is doing time for leaking Cyrus’ and Stewart’s pictures.

Furthermore, hacking victims aren’t just American celebrities. Hackers broke into British model Danielle Lloyd’s pictures. But they didn’t stop there. They leaked them to an adults only website. Lloyd already called police about the matter. Somehow, hackers got them from her private phone. One of her people said a ‘jihad’ website was behind it. The person also said this website terrorized her for a while now. But they didn’t say if this was Celebrity Jihad. However, you can’t deny this pattern. This came at the worst of times. I say this because Lloyd is expecting her first child with her fiance. She doesn’t need this kind of stress right now.

Leaking nude celebrity photos is a serious crime. Did you know hackers can get years in prison for leaking naked pictures? It doesn’t matter if they’re famous or not. Yes, these heinous actions can catch you. And yes, these actions can get you in horrible trouble. I don’t know who in their right mind would want to name their website Celebrity Jihad. But just that mere names reveals the evil and madness that is behind their hearts and minds. Apparently, they don’t stop and embarrassing their victims. They also terrorize them. What can we do to keep safe? 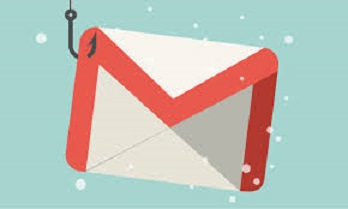 This is a Google Docs alert. At least, the past few days were like this. I say this because a massive phishing scam took over Google Docs this week. Hence, Google Docs shut down for an hour two days ago.

So hackers sent an email with a link. Here is one scary part: They sent it in the name of someone you know and trust. Then, you clicked on the link. You got a real Google Apps page. But then, it told you to authorize another Google Docs app. There lies the problem. The app, sent to you by the hacker, was a fake app. It didn’t take long before this fake Google Docs app infected millions of systems: PCs, tablets, smartphones.

But thankfully, Google’s security was right there to answer this Google Docs alert. It took them about the hour to remove the threat. They removed all fake pages, applications and documents. Now why would they do this? Because the hackers know many people link their Gmails and Google Docs to Facebook, Amazon, Twitter, and other social media accounts. Do you realize how much info is on those accounts?

But there are things you can do to protect yourself. First of all, Google has a tool Password Alert. Password Alert warns you if a Google page isn’t really Google’s. ?If you run across a fake Google Docs or anything Google, they’ll alert you about it. Then, they’ll advise you to change your password and secure your account immediately! In our Boston computer service shop, many of us got this protection. That’s sound advice. If this phishing scam got you, change your password and secure everything right now! Don’t wait! For every second you wait, that’s every second the hackers have a party with your information. The other scary thing is they use real people and real docs to use this phishing scam. What do you suggest to keep us safe? Americans and Cyber Security: We Must Do Better

How much do you know about cyber security? If you’re like most Americans, then not much. But in this world of constant hacking and espionage, that needs to change. Americans and cyber security: We must do better.

So the Pew Research Center came up with a quiz. This quiz tested what Americans know about online security. Apparently, it’s not much. There were ten questions. ?Consequently, of those who took the tests, 58% got more than half the test wrong. Another 15% got just half the quiz right. So that’s nearly 3/4 of Americans who got 50 or below. Only 1% got all 10 right, and 3% got 9 of 10 right.

The quiz covered numerous issues: password security, phishing, encryption, Wi-fi safety, and ransomware. As we can expect, those between ages 18-29 did the best. But those over 65 did the worst. However, the education gap really shows. Those who have a college degree did better than those without a high school diploma or GED. But there is some good that came out of the results. The majority of them picked the strongest password as the best password. Thankfully, very few picked 12345 as the best password. But of the ones most got wrong, they deal with VPN’s (virtual private networks and identity authenticity. These are critical to Americans and cyber security.

Yes, we are making progress. I say that because years back, many would choose a password like abc or 12345. But we in computer repair need to do better teaching our customers about cyber security. There’s a reason they don’t know. It’s because we don’t tell them. At our?Boston computer service shop, we’re discussing running courses about Americans and cyber security, just to keep the public informed. ?I guess what I’m trying to say is, knowledge is power. And we in the tech industry need to better educate ourselves. Then, we need to pass that knowledge on and educate our people. The cyber crooks are getting smarter every day. When it comes to Americans and cyber security, shouldn’t we?