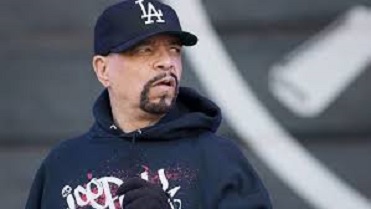 So being in delivery can be dangerous in any situation, from food to IT service. But try being a deliverer at night with no uniform. It could have cost somebody his life. A celebrity almost shoots Amazon employee.

That rapper is hip-hop legend and actor Ice-T. On Twitter, he stated an Amazon delivery driver pulled up to his house at night. He had no uniform. In colorful terms, Ice T said he almost shot him. Then he took his complaint to Amazon via Twitter. In no uncertain terms, he suggested Amazon give their delivery drivers uniforms or vests. He also said it isn’t safe for Amazon drivers to keep making deliveries in regular clothes. Of course, Ice T said it in language I can’t quote here.

But how did Amazon respond to Ice T’s complaint and suggestion? Dave Clark, Amazon Sr. VP of Global Operations and Customer Service tweeted back. But the response was about as casual as, “Did you see Game of Thrones Sunday?”. He thanked Ice T for the suggestion and said lots of innovation is coming in this way. Basically, Clark told Ice-T ‘they’re working on it’. Many, many customers on Twitter support Ice T’s call for Amazon to put their drivers in uniforms.

This isn’t the first time Amazon delivery caused an uproar. Because not long ago, one driver stole a dog from a customer. Thankfully, that story ended happily. This one ended peacefully. I agree with Ice T. Every delivery company, post office employee, and food service: What do they have in common? They’re wearing uniforms! At Computer Geeks, many of our computer repair experts wear Computer Geeks shirts. Now Amazon is the richest company in the world. Surely that can fork over a little cash to keep their people safe and give them uniforms to wear. Clark’s response sickens me. It doesn’t take much ‘innovation’ to create vests and/or uniforms and hand them to their drivers. A celebrity almost shoots Amazon employee because of Amazon’s neglect and carelessness here. Is it going to take a severe tragedy to put their drivers in uniform? 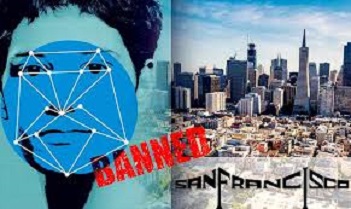 So we say a lot about facial recognition around here. It’s a huge part of IT service’s future, whether we like it or not. But it has it’s critics. They complain of things like privacy invasion and racial profiling. In fact, one US city considers banning facial recognition. This city might surprise you.

Because the city I refer to is San Francisco, CA. That’s right. One of the most tech savvy cities in the world is considering banning all things facial recognition. Their Board of Supervisors voted to make a bill banning this. Then, it requires any entity, private or public, to get written approval before buying any kind of this tech. This includes everything from licence plate readers to body cameras.

If this bill passes into law, then San Francisco will be the first city to ban facial recognition. We’ll just have to say. The bill cites civil rights, civil liberties, racial profiling, and religious persecution all as reasons they want to ban this kind of technology. The bill also says it mistakenly identifies people with darker skin. Those who want the ban say it gives the government more control, and not in a good way. It will give them power and control to track people and follow them in their private lives.

However, there are some who support this kind of tech. Some will argue we need this to stop terrorism. Then there are those who argue we need body cams to stop police brutality. Some will even say, “If you’re not doing anything wrong, then you have nothing to worry about”. We need to get rid of that saying. Because time and time again, people are going to prison even when they’re not in the wrong. This is one reason why this US city considers banning facial recognition. Will it help? 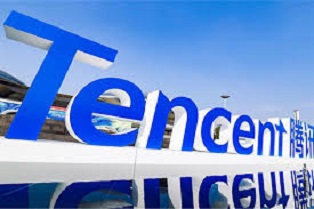 So do you remember a report I did about Alibaba? They overwork their employees with little to show for it. Furthermore, CEO Jack Ma likes it this way. But there is another China IT service corporation who wants positive influence. Tencent promises technological good.

So this is what Tencent CEO Pony Ma promises for his $460 billion company. He says Tecent’s mission is to, “improve the quality of life through Internet value-added services”. These are the three ways he wants to do it. The first is provide more big data for tradition businesses. Then the second is use his apps to easier provide gov’t services. This includes getting drivers licences and passports/visas. Finally, the third is helping society. One way he proposes is track missing people through facial recognition.

These things sound great, don’t they? But Tencent has a hard row to plow through, and Pony Ma knows it. The Chinese government and rival companies are putting the squeeze on him. For example, a gaming freeze cost Tencent billions of dollars in profits. Then you have competitors like Douyin. That’s an up and coming player in China’s social media world. With all these things, Tencent is changing the way they do business altogether, from cloud computing to IT support.

So maybe, and this is the cynic in me talking, this is why Tencent promises technological good. So they can compete and stay effective in a forever changing climate that is 2019 China. And do you want to know something else that’s ironic? Pony Ma revealed this plan at a Digital China Summit. The Chinese government sponsored this summit. So maybe Ma’s second suggestion won him some points with them. But whatever the reason, whether it is sincere or a business deal, I’m just happy Pony Ma is taking Tencent is dealing with them. What do you think of this move? 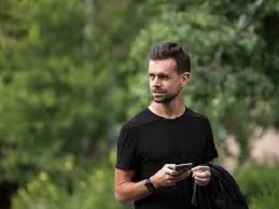 The Daily Routine of Twitter’s CEO

So do you ever wonder what it takes to run a major IT support company? Ever wonder what their day is like, what they eat, what family life is like for them? Well, here is the daily routine of Twitter’s CEO.

So Twitter CEO Jack Dorsey recently went on a podcast called Ben Greenfield’s Diet, Fat Loss, and Performance. He talks about his lifestyle for physical and mental health, and it is NOT traditional or conventional. Dorsey revels he’s big in hydrotherapy. That’s using water to cure all things that ails you, whether it’s steam baths, or water therapy. He also walks to work and fasts from meals…daily. Keep in mind his walk to work includes five miles a day.

That’s because Dorsey sees food strictly as food…at a time when many Americans, myself included, ‘live to eat’. Also, Doresy believes he needs to burn off that fuel. That’s why he only eats one meal a day…dinner. The health community calls this intermittent fasting. He also meditates at least one hour a day twice a day. At a time when many of us sit in front of screens hours a day, Dorsey uses a standing desk in his office. When he gets home, while most of us ‘Netflix and chill’, he journals and wears an Oura ring to track his sleep.

Let me make this clear. And I think Dorsey would agree with me here. This level of living is NOT for everybody. So I’ll just say it…Don’t try this at home! However, Dorsey believes this gives him the energy he needs to run a multi-billion dollar IT service social media platform. I must admit, it must be working out pretty good for him. It doesn’t come without controversy. Some health experts say intermittent fasting can make your body worse not better, because your body needs food all hours of the day. When you intermittent fast, you deny your body that need. But this is the daily routine of Twitter’s CEO. What daily routine gets you thriving…or keeps you sane and surviving the world in 2019? 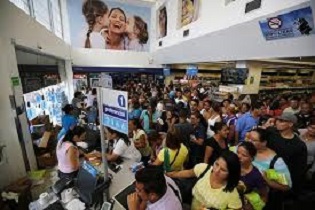 So most of us know that Venezuela is in a crisis state. In fact, the people rarely have enough to eat and their lights cut off at any moment. Also, they live under constant fear, from their own leadership. But there’s another devastating blow. Technology and Venezuela’s crisis: the tech pool leaves.

So this is perhaps the biggest resource that this troubled nation is losing: Their IT service and IT support pool. In fact, in recent years, over three million people left Venezuela. Nearly half of those got permits from other countries to immigrate to their land. One tech leader in Caracas, Venezuela’s capital and largest city, already sees this. In fact, he really sees the departure senior level tech talent.

For example, someone smaller might stay for the experience. But as soon as they get to the next level, they take their talent to Chile, or another South American nation. Venezuela ranks in the global bottom 10% for keeping their tech talent around and recruiting international talent.? Their Internet connection is very poor. In fact, it’s less than half that of other South American countries. While they’re collapsing, their neighbors are thriving. Argentina’s software companies are rising. And now, 10% of their employees come from Venezuela. Columbia’s tech ecosystem is flourishing. They can thank Venezuela refugees for that.

Imagine working so hard for $18 a month. That’s now a Venezuela employee’s average salary. But I have to wonder. Did Chavez do this by design? Is Muduro still doing this by design? There is something they call ‘brain drain’. In most oppressive systems, the rulers will take the smartest and most educated people out of the system. One way they do this is by driving them to other nations. For example, Chavez made bad changes for their oil companies. This caused many scientist and others to move to the US. It’s a shame because 20 or 30 years ago, Venezuela was the wealthiest nation in South America. It had so much potential. But look at it now. This includes technology and Venezuela’s crisis. How does the affect the rest of the tech world? 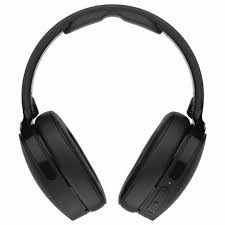 So in this tech and IT service era, headphones are no longer a luxury. They are a necessity. So many of us have a smartphone right? Retailers know this. That’s why we have so many headphones for sale; and headphones for cheap.

So how much will you pay for a noise cancelling wireless headphone? $500? $300? You’re in luck. Because now, you can get Treblab’s Quiet Comfort 35 wireless headphones for as little as around $80. They contain 40mm speakers that keeps your noise in. They also have noise-cancelling technology to keep the world’s noise out. Treblab is a new kid on the block. But at least you won’t be paying for a name, like Bose or Beats by Dr Dre. Here is more info and how to get the Quiet Comfort 35.

What is that you say? You’re more of an earbud person? You’re in luck too. Because JLab has wireless Bluetooth earbuds for as little as $50. Okay, it says $49, but personally, I hate when companies do that, just say $50 and keep it real! But these buds have 10 hours of battery life, a USB cable and they turn on themselves. It’s a great alternative to Apple’s Airpods. Those things will run you $149. And I wouldn’t trust the quality of Airpods, so JLab has the far better bargain.

But the truth of the matter is, nowadays, you can get headsets for under $10. However, they won’t last that long. Just trust me on this one. If you can get the better ones, then please do so. In our computer repair field, we’re even asked by our clients which headsets to get. That just goes to show you what a staple of life they are. That’s why so many companies have so many headphones for sale. And if they were smart, then they would keep the options many and the prices low. What are your favorite headsets?