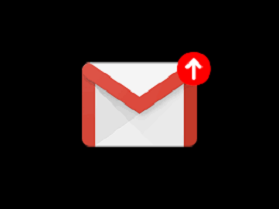 Do you use Google Mail? If you do, then get ready for some major changes. The new G-Mail: Self-destructing messages and more.

So not only does the new G-Mail have new services, they have new designs. Now, you can take actions like archive, trash, and mark fresh from the inbox. There’s also the new snooze action. With Snooze, you can come back to a certain e-mail whenever you feel like it. But keep in mind snooze is only in the inbox. Say you’re don’t know if a certain email is worth reading or not. Then, you can Snooze it, think about it, and come back to a later before immediately throwing it away.

Then there is the ‘nudging’ feature. Google’s AI technology will determine if your email is important. Google is also using AI to bring smart replies. You can send an email in ‘confidentiality mode’. You choose how long the recipient has to read and respond to the email. Furthermore, you make sure nobody can forward, print, download, copy, or paste the email. Is that not secure enough for you? You can even have send the recipient an SMS message. That way, you send them a password. Then they have to type the password before they can even read the email.

But wait…there’s more. A sidebar feature has Google note taking, as well as a Google calendar. There is even more I can tell you, but we don’t have time too. Hey, our Boston computer service shop is busy with laptops fixed. Some things I like about the new G-Mail. I like the security G-Mail is trying to offer you. I also like the confidentiality it offers. However, I’m weary about them giving AI that much power. You think I’m crazy not being a fan of this AI technology or where it might lead to? Then listen to this recent TED talk, from an expert! That’s another story for another time. What do you think of the new G-Mail? 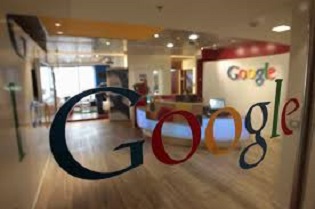 There is a Google ad campaign that concerns a lot of people. So there are ads inside Gmail that can read other emails, no matter how personal or intimate. But thanks to Google Cloud, that stops. Google stops controversial ad promotion.

So Google Cloud comes up with software they call G Suite. They sell it to Gmail users. So if you get this software, you don’t get email scanning and invading ads. Sounds great, right? But some customers are still unclear of the privacy consequences. Google cloud assures Gmail users protection of their privacy. However, don’t expect the pesky ads to stop.

But this time, they won’t scan or dig into your emails. Instead, they will use information Google has of you, like your maps, searches, and You Tube videos. For example, you search travel sites a lot. You also watch a lot of travel videos on You Tube. Then you can expect a whole lot of travel sponsors to bombard you with advertising. Google Cloud VP Diane Greene announced the change yesterday, Friday, June 23. She says G Suite already has 3 million customers. These are mostly business customers. The number of G Suite users doubled just in the past year. And yes, you do have to pay for this service.

But to me, it seems like a great investment. I can see why so many businesses get this software. No company, whether it’s computer repair, restaurant, or construction, wants their business matters spread out for the whole world to see. They have just as much a right to privacy as individuals and families do. And scanning emails can easily threaten that right to privacy. In fact, this new is better because it reads what the business is into. Therefore, an ad can actually provide the services the business need. And the ad makes sale. Now, both companies are happy. I don’t think too many people were happy with the old way. So Google stops controversial ad promotion. Is this a good move? 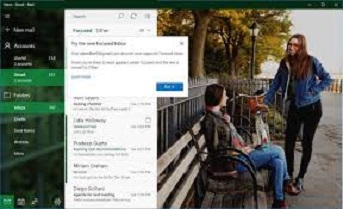 Last week, in our Boston computer service shop, we had a debate. It was about how good, or not so good, Windows 10 is. So my argument was, “They’re doing better than other Windows services did”. Hence, it looks like they’re trying to do even better. Here are new Windows features, especially for GMail users.

But don’t expect this to happen overnight. The new Windows features will happen first to insiders, then to the general public. Furthermore, you’ll see them on Outlook and Office 365. That is, those who have ties to GMail accounts. If you want to focus on a certain email, the new features can do it. They can also help you with every day business and personal things, like traveling and package deliveries.

But Microsoft asks users to do their part. They need to send a copy of their email, calendar and contact to Microsoft cloud. This updates your GMail system. In the next few weeks, expect reminders to upgrade your GMail account. And they won’t stop reminding you, either. So if you miss the first prompt, just give it a few weeks. You’ll get another one.

In fact, they’ll probably cram it down your throat until you finally do accept the new Windows feature. That’s what I don’t like about these new features. And it’s not just Microsoft, but just about every IT service does it like this. It’s maddening. Okay, enough of my ranting. But I wish Microsoft would tell us a little bit more of these new Windows features. What else do they have to offer? Or is this it? And I’ve been talking to several Windows 10 users. I also spoke with some GMail users as well. A lot of folks are unhappy with these services. Will these new Windows features make them happy? Or will it further alienate more customers? 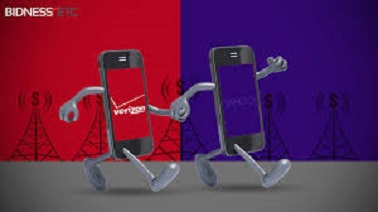 For months, Yahoo looked for a merger. Well, let’s face it, they looked for someone…anyone to buy them out. But Verizon answered that call. However, that call will be less. Let’s look at the Verizon and Yahoo merger; it’s worth less than you think.

So, Verizon will acquire Yahoo for $350 million less than the original agreement. Maybe it’s because of the Yahoo email breaches. But the Verizon and Yahoo merger is still happening. Verizon even takes some blame for the breaches. Verizon said they’ll pay half of government fines and private lawsuits the breaches caused. But Yahoo will be financially responsible for shareholder lawsuits. Something tells me there will be all of the above.

Yahoo’s security problems didn’t just start. This goes back to August 2013. Hackers stole over 1 million email accounts. But wait. It gets worse. In September 2016, we learn hackers got 500 million more email accounts. I almost forgot…these attacks go all the way back to 2014. So that shows lapse on Yahoo’s part to let the public know what’s going on. But the Verizon and Yahoo merger shouldn’t be too much longer. Some speculate it should be official by summer 2017. The merger’s cost now stands at 4.48 billion dollars. It was at 4.83 billion dollars.

Hacking and bad communication aren’t the only problems plaguing Yahoo over the last several years. Yahoo leaders by the handful quit their positions to go elsewhere. It reminds me of people leaving the ship before it sinks. Stocks are slipping. They’re billions in debt. Current CEO Marissa Meyer was supposed to save Yahoo, but that didn’t happen. It’s a sad situation. Needless to say, in our Boston computer service shop, we depend on email daily. And Yahoo led the email and ?Internet revolution of the 1990s. For those of us old enough to remember, Yahoo was the first website we encountered. Even before Google. Now, they’ve fallen so fast and short they have to depend on a corporate merger just to survive. And the buyer shaves off the price. That’s not a good start. Can Verizon save Yahoo? Can anybody save Yahoo? 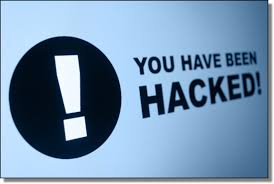 In today’s tech world, hacking and ID theft are on the increase. Not only that, they’re getting bolder and bolder. Some even brag about what they’re doing.

A young Russian hacker stole over 232 million email accounts and passwords. The emails come from various places. Over 57 million of them come from Mail.ru accounts. Mail.ru is a major Russian email service. Around 40 million came from Yahoo, 33 million came from Microsoft Hotmail, 24 million came from Gmail. According to Alex Holder, founder of Hold Security, this is the biggest security data breach by one single individual of all-time. But the sickest thing of all is what the hacker wanted and got out of the breach. He calls himself ‘The Collector’. He didn’t want millions of dollars for this data. He didn’t want thousands, or even hundreds. The Collector only wanted 50 Russian Rubles. That’s less than one US Dollar! That’s not per email; that’s for the whole batch! When he didn’t get that, he settled for likes and praises on social media hacker forums! Google and Yahoo declined to comment about the attacks. Mail.ru says they will warn users that may have been affected. Microsoft talks about the rise of security breaches and their ability to spot compromised accounts.

There is so much wrong here. First off, all email providers can, or will do, is talk. ?I don’t know how young The Collector is but if he is old enough to steal 232+ million emails, then he is old enough to know right from wrong. The fact he wanted so little for the compromised data shows you the new lows ID thieves are stooping. To them, your privacy, your security, your civil liberties and civil rights, and your family’s securities are only worth one dollar, or some popularity points. There’s something sick and perverse about that. Why aren’t email companies doing more to stop people like this? Why isn’t mainstream media covering this better? What can we do to prevent this, and why isn’t more being done? 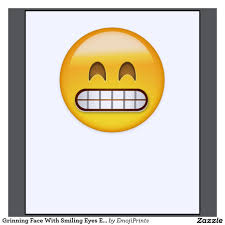 What Does That Emoji Say?

Let’s talk about the emoji. They’re everywhere: Facebook, You Tube, Twitter, all other social media. You may think you’re sending a smiling, loving, or funny emoji. But some studies are saying that emoji could be easily misinterpreted.

A study was done at a GroupLens lab through the University of Minnesota. They observed the Emoji ‘Grinning Face With Smiling Eyes’. This one differs, depending what app and what device you use. The version of this particular emoji on Samsung Galaxy looks happier than it does on Facebook or Apple, but they’re still the same emoji. This causes confusion of how the grinning emoji is interpreted. Samsung Galaxy users, for the most part, thought the ‘Grinning Face With Smiling Eyes’ emoji sent positive vibes. Apple and Facebook Messenger users thought this same emoji produced either negative or creepy vibes. If that wasn’t confusing enough, a good percentage of iPhone users thought this was a positive emoji. So there’s confusion even among Apple users. And what about the more neutral emoji? The rain emoji could tell someone it’s raining in their town, or it send the message that you’re very sad. The eggplant emoji could tell someone you’re eating healthy or encouraging someone to eat healthy. Or you could be sending someone an insult about their weight or health.

My advice before you send an emoji: Know your audience. This study proves that. Not only know your audience, know the device you’re sending your emoji from. What might be funny to one person might be offensive to another person, especially in this highly offensive politically correct environment we’re in now. What might mean happiness to another person might mean doom and gloom to another. How often do you use the emoji in your life? What message do you convey? Which ones are the easiest? Which ones are the most confusing?