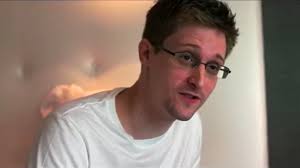 Submitted for your approval is the documentary called Citizenfour. Launched by Laura Poitras, the documentary hints Snowden was higher in the US intelligent game than most gave him credit for and had rare access to minute-by-minute information on government surveillance. It talks about his current residence in Russia, his relationship with his girlfriend (she moved to Russia to be with Edward), and the reality of being in a foreign nation. Despite Snowden being in Russia, he still has to look over his shoulder. Sometimes, he’ll get a hand written notice warning him that he might be bugged or followed. The movie will be released October 24. It was pre-screened at a film festival in New York City and got some good buzz. In an interview with the New Yorker, Snowden talked about the documentary. He talks about missing his life here in the US and the people he left behind. He also working on a foundation to protect journalist in violently high risk areas.

The question is how many movie theaters will host this documentary? Because of who this is, and because of the controversy surrounding him, many movie theaters may pass on even hosting this documentary. Something tells me this will be heavily restricted to independent theaters. But what about the consumer? I think there will be quite a bit of support for this documentary. In 2013, Snowden was voted second only to Pope Francis in Time’s Person of the Year poll. I doubt the fascination with Snowden has slid that much in the last ten months. How does one live in Russia under his circumstance? Would you see Edward Snowden’s Documentary? 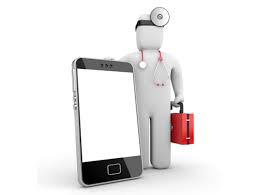 Medicine and medical information has come a long way in the past few decades. If you felt you had a symptom, you either called a doctor, or even 911. You’d maybe make a doctor’s appointment or even check yourself in the emergency room.? Now you can look it up online. Google is taking notice.

Google is now working on a Helpouts-style feature where people can chat with doctors online about their symptoms. In these chatrooms and through video chats, people can learn about their symptoms, and maybe even get a proper diagnosis. For example, say that you have back pain. Under this system, you would type in back pain. You could click talk to a doctor now, where you can chat with a doctor online about your symptoms. Below that, there are other illnesses and conditions the patient might have. During the trial phase, Google will cover the cost of these chats. It’s not known how long this trial period will last, or even if this helpout-style feature will even get off the ground at all. But I can imagine this service won’t be free for long. Then comes the debate of how and who will pay for it. Will this be out of the patient’s pocket or can insurance take care of it? At least it would be cheaper and easier than going to a local doctor or emergency room.

But even today, well, especially today, you can feel sick, look up a symptom and still get a bad diagnosis. This can be true even if you look at a respectable medical website. Don’t even get me started on these fly-by-night whack job websites. So maybe getting a real doctor to talk to is a good thing. In order for this Google experiment to work, you need to check, double check and triple check these doctors’ credentials as well as their personal character. If they don’t, they will be no better than the questionable websites. What do you think of this Google, MD experiment? 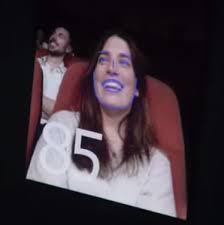 Let’s go to the facial recognition comedy club. It’s not the name of a sketch or local play. It’s not a science fiction movie plot. This isn’t even about a celebrity getting recognized. The truth is far more bizarre.

In Barcelona, Spain, there is a comedy club called Teatreneu. Unlike most entertainment venues, you don’t pay up front. You pay by how much you laugh. It’s .30 Euros (that’s about 38 cents in US) per laugh with an 18 Euro maximum (about 23 dollars in US). How do they measure the laughs? They do so by facial recognition. There are tablets installed to every seat and each tablet is equipped with software that monitors facial expression. If you laugh, the tablet picks it up and charges the consumer per laugh. You would think this would creep many out. On the contrary. Facial recognition has driven attendance up and revenue has risen 6 Euros per customer. It’s so popular that it’s being popular through other parts of Spain, and maybe even other parts of Europe. One London, England comedy club owner joked she wouldn’t mind having such a system, so long as the faces being recognized aren’t leaked to the NSA.

That joke is so funny because there’s a lot of truth to it. In airports, there are using facial recognition to determine if you even make your flight or are considered a terrorist risk. It’s also been a key factor in the technology vs. privacy debate. So while this does sound cool and convenient on the surface, there is some concern here. What if facial recognition technology is used to abuse others of their civil liberties? I’m not saying they will, but can we guarantee, that major corporations and governments won’t? Can we really trust the entities of the world to do the right thing when it comes to facial recognition? 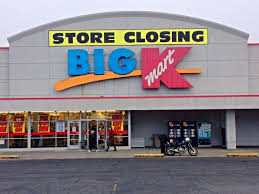 Kmart Has Been Hack Attacked

When will it ever end? First there was TJ Max and Marshalls, then Target, then Neiman Marcus, then Home Deport. Now, Kmart has been hack attacked.

Yesterday, Kmart’s parent company Sears released information to the public claiming between September and early October 2014, Kmart’s payment system was compromised. The source was a strengthened malware that couldn’t be detected or beaten by Kmart’s antivirus system. The malware was removed, but a little too late. Debit and credit card numbers were already hit. We don’t know how many cards were affected or the specific malware used. Nor do we know who the hackers are.? Those who shopped Kmart online aren’t affected. Social security numbers, pin numbers, email addresses and other personal information wasn’t targeted. It’s just credit and debit card numbers of those who shopped Kmart between September and early October 2014 that were targeted.

This is the worst time this can happen to Kmart. This discount department store chain, which has been part of the American fabric for decades, will be closing down many stores and costing many jobs. So it’s time to call your credit and debit card company, again. It’s something I suggest we do regularly. Check your bank account often; don’t wait for potential chaos to strike.? I say we should even use cash when we can. I don’t see this hacking trend going away any time soon. Then again, I hope I’m wrong. When will it ever end? 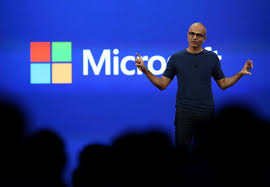 Being the CEO of a major tech company like Microsoft isn’t easy to start with. I’m sure current CEO Satya Nadella is finding that out. He found that out even more so in the past 24 hours.

There was a conference in Arizona called Grace Hopper Celebration of Women in Computing. Mr. Nadella took the stage and attempted to address the issue of? pay inequality between men and women. He said women should have faith in the system to give them a raise, and “It’s good karma. It will come back.” Whoops. The audience wasn’t happy with that response, and he quickly tried to clean up the mess he made. Within hours of his controversial comment, Satya Nadella wrote a letter. The letter said he was honored to talk to women in the technology field and he answered the question wrong when it came to pay raises. Mr. Nadella further stated his belief that both genders should be paid and treated equally and if you think if you’re deserving of a raise, you should ask. He credits the Grace Hopper Celebration of Women in Computing for teaching him a valuable lesson. I think he’s learned it.

When we speak at conferences like this, we have to pick and choose our spots. This was a conference celebrating women in computer technology. Also, keep in mind women are often paid less than men for doing the same job. So to tell women to have faith in this system at a conference empowering women was a bad move on Mr. Nadella’s part. But I am impressed with the way he handled it afterward. He saw his mistake, owned up to it, is doing his best to make amends, and is now trying to move on. So though pay inequality (and wealth inequality in general) are topics that need to be addressed, I say give Satya Nadella a break. What do you say?